A wide range of blockchain technology companies and enterprises like Cisco, Gemalto and Bosch have launched the Trusted IoT Alliance, an initiative that aims to bring companies together to develop and set the standard for an open source blockchain protocol to support IoT technology in major industries worldwide. 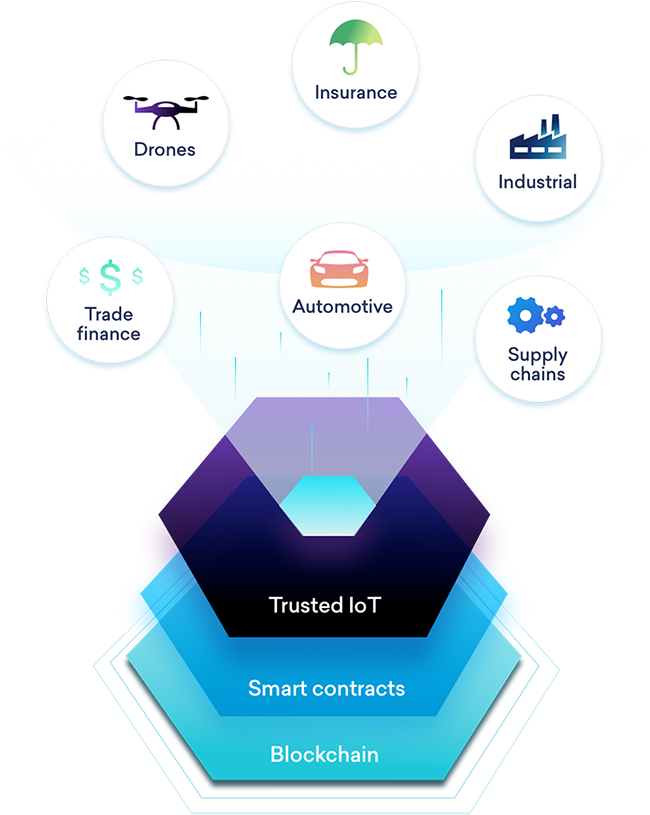 “No doubt, the volume of data exchanged between devices will grow dramatically as IoT device deployments continue to expand. We are already seeing the emergence of M2M data management platforms trying to get ahead of this explosive growth. Blockchain, and more specifically the suite of complex decentralized protocols and the emergence of more efficient cryptography, can be used to provide a solid foundation for data and device integrity in complex multi-stakeholder environments,” says Anoop Nannra, Trusted IoT Alliance Board Member and Cisco Head of Blockchain Initiative.

“In parallel, we will see a new breed of operations personnel, developers, IT architects, and line of business owners emerging over the next several years as the inherent security properties of blockchain technology are better understood, adopted, and evolved. We believe, the ability to create smart contracts will further advance automation of complex systems while at the same time providing a degree of transparency and end to end data and infrastructure visibility that has eluded many practitioners in information security. It is this unquestionable visibility and smart contract automation, supported by the network effect of blockchain, that can really have a positive impact on the advancement of information security.”

The goal of the Alliance is the creation of a trusted IoT ecosystem that links cryptographic and registrant identities, along with metadata, to give objects the equivalent of digital, transferable “birth certificates,” that can be inventoried and managed across blockchain networks.

The founding members of the Trusted IoT Alliance have been cooperating informally since December 2016. The Alliance will house intellectual property and open-source tools and standards that support trusted digital identities for IoT-connected products. These tools and standards will allow enterprises to represent physical world “things” and “event logs” on a decentralized blockchain system.

Members of the group have already published a common API to register “things” – cars, drones, packages, energy meters, etc. – to both Hyperledger and Enterprise Ethereum blockchain networks. The Alliance plans to fund small grants to support open source development and is reviewing proposals from IoT and blockchain technologists.

The Alliance is blockchain agnostic and will support integration across any open source enterprise blockchain or distributed ledger technology platform that has potential to become a backend for widespread commercial and industrial adoption. The Alliance aims to foster interoperability and interworking across blockchain platforms, applications, and in doing so remove barriers to broad scale adoption of blockchain technology.

“Blockchain and IoT are both going through phases of rapid innovation—great new ideas are being presented and released to the community. While exciting, it is also difficult to fully understand which new technologies are best suited to meet a particular user or business pain point. Additionally, not all technologies have been tested on a global, planet-scale network so it is not clear how they will transition from the lab into real world applications. The Trusted IoT Alliance is directly addressing this challenge by developing a multi-party test network specifically designed to give confidence to businesses looking to use blockchain to underpin their IoT security,” noted Joe Pindar, Trusted IoT Alliance Board Member and Gemalto Director of Strategy and CTO.

“At its core, blockchain is a distributed solution that works to solve distributed problems. IoT is clearly a distributed problem with many sensors and devices spread over large areas, often connected by wireless communications. Today IoT networks rely on gateways for security and business logic, as they are easy to deploy at small scale. However, as the number and complexity of IoT devices increases, gateways can become single points of failure and can cause disruptions to the network. The resilience of IoT networks is strengthened in the face of device failures and they are more resistant from attacks through distributing the security, accuracy and availability of IoT data with blockchain and through using blockchain based smart contracts to store business logic.”