Veracode announced findings from the 2017 State of Software Security Report, a comprehensive review of application security testing data from scans conducted by a base of more than 1,400 customers.

Among other industry trends such as vulnerability fix rates and percent of applications with vulnerabilities, the report exposes the pervasive risk from vulnerable open source components. Researchers found that 88 percent of Java applications contain at least one vulnerable component, making them susceptible to widespread attacks. This is in part because fewer than 28 percent of companies conduct regular composition analysis to understand which components are built into their applications.

“The universal use of components in application development means that when a single vulnerability in a single component is disclosed, that vulnerability now has the potential to impact thousands of applications – making many of them breachable with a single exploit,” said Chris Wysopal, CTO, CA Veracode.

Over the past 12 months, several high-profile breaches in Java applications were caused by widespread vulnerabilities in open source or commercial components. One example of a widespread component vulnerability was the Struts-Shock flaw disclosed in March 2017. According to the analysis, 68 percent of Java applications using the Apache Struts 2 library were using a vulnerable version of the component in the weeks following the initial attacks.

This critical vulnerability in the Apache Struts 2 library enabled remote code execution (RCE) attacks using command injection, for which as many as 35 million sites were vulnerable. Using this pervasive vulnerability, cybercriminals were able to exploit a range of victims’ applications, most notably the Canada Revenue Agency and the University of Delaware.

Wysopal continued, “development teams aren’t going to stop using components – nor should they. But when an exploit becomes available, time is of the essence. Open source and third party components aren’t necessarily less secure than code you develop in-house, but keeping an up-to-date inventory of what versions of a component you are using. We’ve now seen quite a few breaches as a result of vulnerable components and unless companies start taking this threat more seriously, and using tools to monitor component usage, I predict the problem will intensify.”

The use of vulnerable components is amongst the troubling application security trends. For example, CA Veracode’s SoSS Report findings show that while many organisations prioritise fixing the most dangerous vulnerabilities, some still face challenges efficiently remediating software issues.

Even the most severe flaws require significant time to fix (only 22 percent of very high severity flaws were patched in 30 days or less) and most attackers are leveraging vulnerabilities within days of discovery. Hackers and nation state organisations are given ample time to potentially infiltrate an enterprise network. 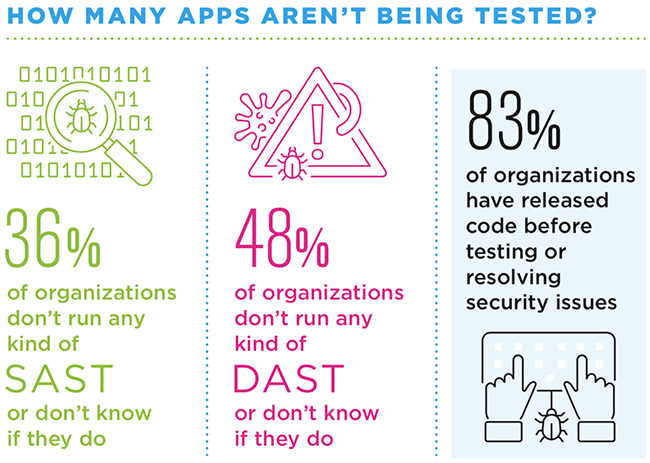 In addition to information regarding the threat posed by the use of vulnerable components, Veracode also found: