Operational Technology (OT) networks are ripe targets for adversaries, whose motives range from criminal intent to operational disruption and even threats to human and environmental safety, according to CyberX. 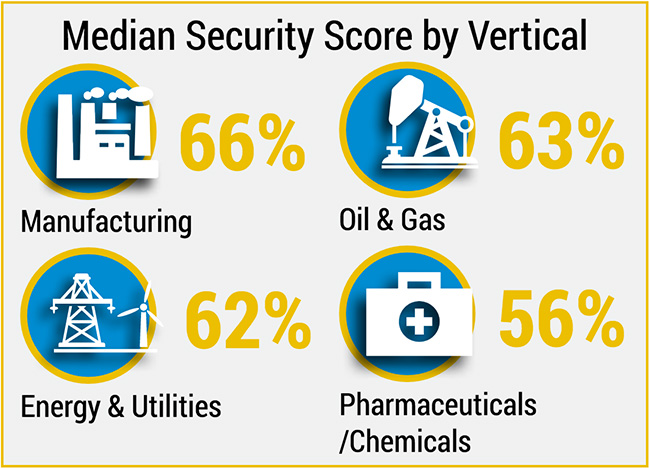 Many are exposed to the public internet and easy to traverse using simple vulnerabilities like plain-text passwords. Lack of even basic protections can enable attackers to quietly perform reconnaissance before sabotaging physical processes.

As a result, once attackers get into an OT network — either via the internet or by using stolen credentials to pivot from corporate IT systems to OT networks — it’s relatively easy for them to move around and compromise industrial devices. According to a recent US CERT advisory citing analysis by the DHS and FBI, threat actors are currently engaged in APT attacks using spear phishing to obtain stolen credentials from ICS personnel.

Although industry experts have been warning us for years that our OT networks are vulnerable — missing many of the built-in controls found in IT networks like automated updates and strong authentication — this is the first time we’ve had real-world data to objectively evaluate the risk.

“The risk to OT networks is real — and it’s dangerous and perhaps even negligent for business leaders to ignore it,” said Michael Assante, ICS/SCADA Lead for the SANS Institute.

To obtain this data, CyberX analyzed production traffic from 375 representative OT networks worldwide across all sectors — including energy & utilities, manufacturing, pharmaceuticals, chemicals, and oil & gas — using its proprietary Network Traffic Analysis (NTA) algorithms. Similar to the methodology used for the Verizon Data Breach Investigations Report (DBIR), the analysis was performed on an anonymized and aggregated set of metadata with all identifying information removed. Rigorous attention was paid to preserving the confidentiality of sensitive customer information.

Forget the myth of the air-gap: One-third of industrial sites are connected to the internet — making them accessible by hackers and malware exploiting vulnerabilities and misconfigurations. This also explodes the myth that OT networks don’t need to be monitored or patched because they’re isolated from the internet via “air-gaps.”

Unpatchable Windows boxes: More than 3 out of 4 sites have obsolete Windows systems like Windows XP and 2000. Since Microsoft no longer develops security patches for legacy systems, they can easily be compromised by destructive malware such as WannaCry/NotPetya, Trojans such as Black Energy, and new forms of ransomware.

Weak authentication: Nearly 3 out of 5 sites have plain-text passwords traversing their control networks, which can be sniffed by attackers performing cyber-reconnaissance and then used to compromise critical industrial devices.

No anti-virus protection: Half of the sites don’t have any AV protection whatsoever— increasing the risk of silent malware infections.

Rogue devices and wireless access: Nearly half have at least one unknown or rogue device, and 20 percent have wireless access points (WAPs), both of which can be used as entry points by attackers. WAPs can be compromised via misconfigured settings or via the recently-discovered KRAC WPA2 vulnerability, for example.

Remote control: 82% of industrial sites are running remote management protocols like RDP, VNC, and SSH. Once attackers have compromised an OT network, this makes it easier to learn how the equipment is configured and eventually manipulate it.

“We don’t want to be cyber Cassandras — and this isn’t about creating FUD — but we think business leaders should have a realistic, data-driven view of the current risk and what can be done about it,” said Omer Schneider, CEO of CyberX.

Added Nir Giller, CTO of CyberX: “It was important for us to produce reliable, aggregated risk data and we’re hoping these results will serve as a wake-up call to the entire industry. The data is certainly consistent with what we’ve seen anecdotally in OT networks worldwide.”

What can be done? It’s unrealistic to expect asset owners to perform massive upgrades to their OT infrastructures in the short-term, which would cost their industries billions of dollars. Nevertheless, there are a number of practical steps organizations can take today to mitigate OT risk, including:

The increased visibility, intelligence, and proactive actions defined by this approach enable organizations to significantly reduce risk to their vulnerable OT networks and move beyond the limitations of perimeter security, which is no longer sufficient to protect against new threats such as targeted attacks, sophisticated malware, and insider threats.