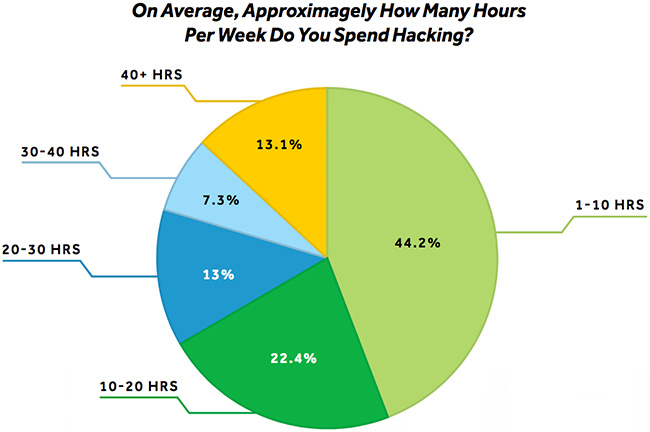 HackerOne found that on average, top earning ethical hackers make up to 2.7 times the median salary of a software engineer in their respective home countries. Also, hackers in India are making as much as 16 times the median. And yet, the new data finds that overall hackers are less motivated by monetary gain, dropping from their first to fourth priority since 2016.

While ethical hacking is becoming increasingly mainstream, there are still hurdles to overcome. Ninety-four percent of the Forbes Global 2000 do not have a published vulnerability disclosure policy. As a result, nearly 1 in 4 hackers have not reported a vulnerability that they have found because the company didn’t have a channel to disclose it. However, 72 percent of hackers combined reported that companies are becoming more open to receiving vulnerabilities than they were before.

“Every day, hackers demonstrate the power of the community by reporting thousands of vulnerabilities to companies and government agencies to make the internet safer for us all,” said Marten Mickos, CEO, HackerOne. “We are blown away by the skills, the passion and integrity of these individuals showcased in this report. The work of the ethical hacker community is significantly reducing the risk of security breaches.”

Working alone, learning from others

There’s no better time to be an ethical hacker. More than 1,000 organizations including, General Motors, GitHub, Lufthansa, Nintendo, Spotify, Starbucks, U.S. Department of Defense and more work with the global hacker community to find and fix security vulnerabilities fast.