Another day, another ICO-related scam. In an attack similar to that which fooled investors into the Enigma cryptocurrency investment platform, users who were aiming to buy Bee Tokens during a Token Generation Event (i.e., an initial coin offering) were tricked into sending the money to scammers instead. 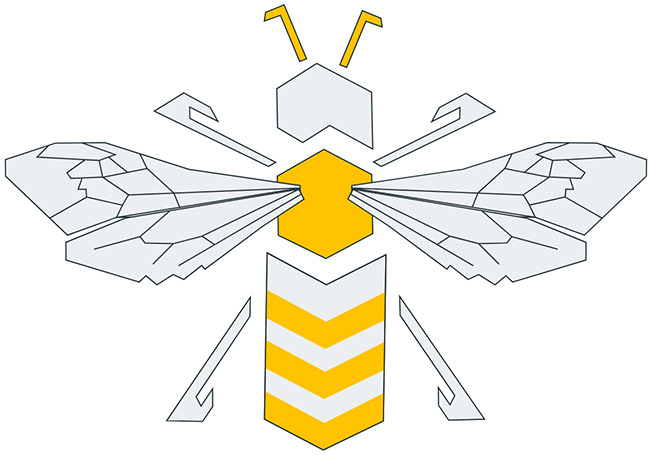 What is the Bee Token?

Beenest is a home-sharing network built on top of a set of Bee Protocols (Ethereum smart contracts) running on the Ethereum network. The network connects hosts with guests without taking any commissions – a decentralized AirBnB, if you will.

The Bee Token is the cryptocurrency that fuels the Beenest platform and the Bee Protocols, and Bee Tokens were meant to be distributed via a presale and an ICO.

The presale was scheduled for January 2, 2018, and was executed without a hitch. To participate in the presale, investors had to register for it, and provide sensitive personal and financial information for KYC (know your customer) verification or accredited investor verification.

The ICO was scheduled for January 31, 2018. In the days running up to it, the Bee Token team shared more details about the scammy emails and messages.

Nevertheless, some would-be investors fell for the scam.

Victims and others shared their experiences and vented on Reddit.

Some claim that they received the scam email to the unique email address they used to register for the presale, the KYC process (which was apparently done by a third-party), or the newsletter. Other registrants say they did not receive the message, even though they are on those lists. 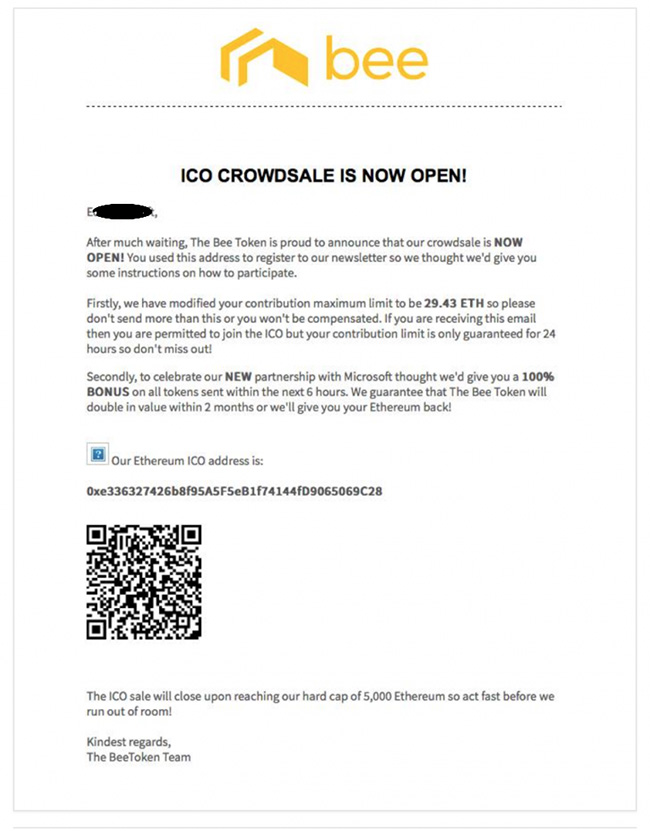 Some say that the scam emails and messages they received contained information (name, surname) they had previously submitted to Bee Token. Others say they did not. Of course, it can be that different scammers had the same idea at the same time, and that would explain the discrepancy in the reports.

The Bee Token team said they are reviewing the situation and, for now, they “have no evidence that any of Bee Token’s systems were compromised in this event.” Of course, that doesn’t mean that they (or the third party that performed the KYC process) won’t turn out to have been breached.

In the meantime, the scammers managed to amass nearly $1 million worth of Ethereum from the duped would-be investors, and there’s no way for them to get the money back.