While security professionals are increasingly recognizing the importance of threat intelligence, the majority remain dissatisfied with its accuracy and quality, according to a study conducted by the Ponemon Institute. 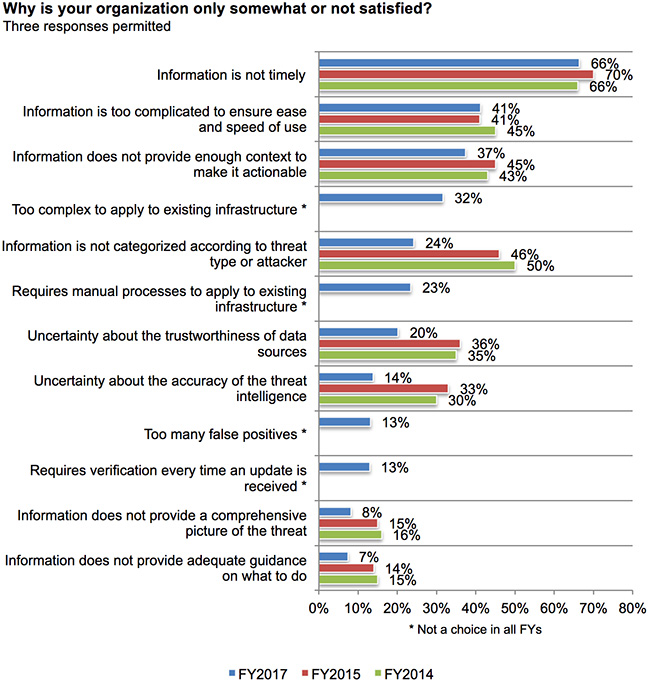 In a world where cybercriminals are becoming increasingly stealthy and sophisticated, it is ineffective and costly for companies to defend themselves against cybersecurity threats alone. According to the 1,200 IT security practitioners surveyed in the United States and EMEA, the consumption and exchange of threat intelligence has increased significantly since 2015.

Despite the increase in the exchange and use of threat intelligence, most respondents from the survey are not satisfied with the current quality of the data.

Two-thirds of respondents (66 percent) reported that threat intelligence could have prevented or minimized the consequence of a data breach or cyber attack, indicating that more infosecurity professionals are realizing the importance of threat intelligence.

“Cybersecurity takes a village, and this survey spotlights a real need for the cybersecurity community – and public sector to better cooperate and communicate to share intel on security threats,” said Dr. Larry Ponemon, Chairman of the Ponemon Institute. “More accurate and comprehensive exchange of threat intelligence will speed our ability to respond to attacks and will result in stronger defense against cyber threats – whether that’s amongst enterprises or our nation’s critical infrastructure.”

“There’s a real need for actionable, timely and effective threat intelligence sharing,” said Jesper Andersen, CEO of Infoblox. “As industry players, we have a responsibility to our customers and consumers to make sure we’re doing everything to facilitate comprehensive threat intelligence within the ecosystem. This means establishing an exchange platform that enables sharing that is trusted, neutral and offers a 360-degree view of market threats.” 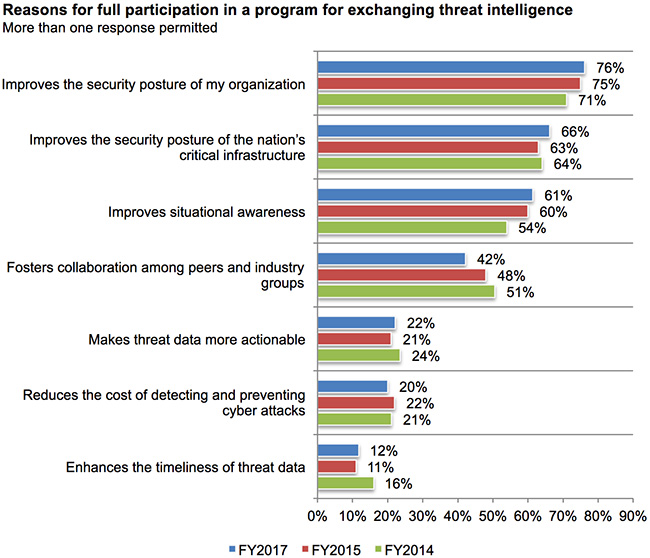