More than half of companies (52 percent) admit to cutting back on security measures to meet a business deadline or objective. 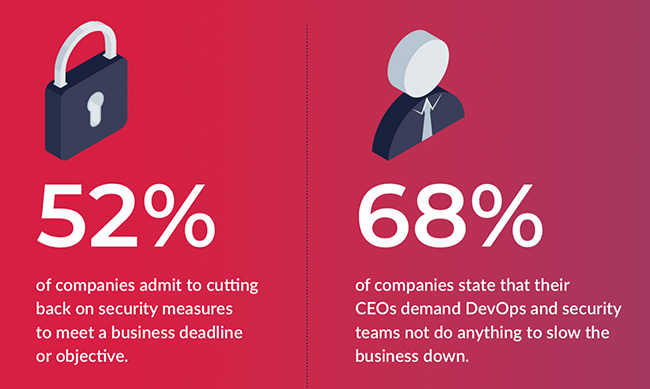 Based on a survey of over 200 senior-level operations and security professionals, new research from Threat Stack explored the extent to which companies have united security principles and standards within DevOps practices.

As further evidence that companies are sacrificing security for speed, researchers found that 68 percent of companies say their CEO demands DevOps and security teams not do anything that slows the business down. But that pressure doesn’t just come from the corner office as 62 percent of companies also admit their operations team pushes back when asked to deploy security technology.

“Businesses have grappled with the ‘Speed or Security’ problem for years but the emergence of SecOps practices really means that companies can achieve both,” said Brian M. Ahern, Threat Stack Chairman and CEO. “The survey findings show that the vast majority of companies are bought-in, but unfortunately, a major gap exists between intent of practicing SecOps and the reality of their fast-growing businesses. It’s important that stakeholders across every enterprise prioritize the alignment of DevOps and security.”

The purpose and intent of SecOps is to build towards distributing security decisions at speed and scale to those who hold the highest level of context without sacrificing the required controls. Survey respondents demonstrated a clear understanding of the importance of SecOps to the overall success of their business, with 85 percent of respondents saying SecOps is a goal for their organization.

Despite clear intent to implement SecOps, only 35 percent of respondents say SecOps is completely or mostly an established practice at their organizations, while only 18 percent say it’s not established at all.

These numbers dwindle according to specific job roles: 25 percent of security professionals believe that SecOps is an established practice at their companies while only 10 percent of DevOps professionals agreed. 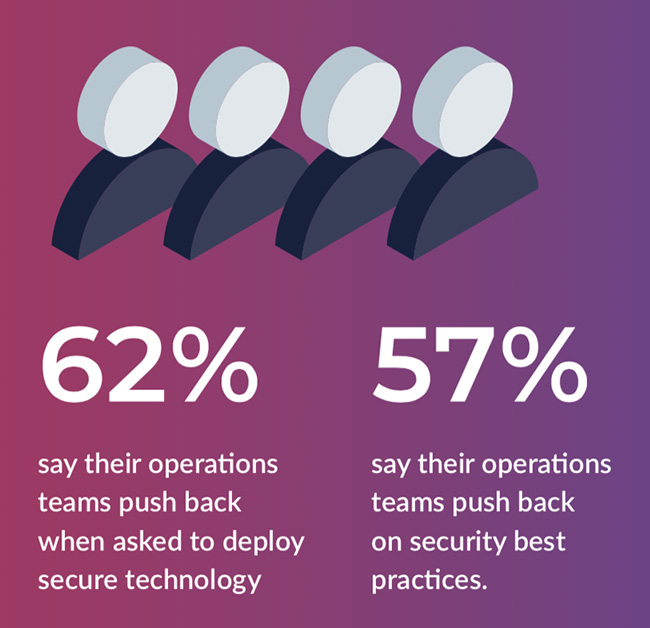 To help understand the obstacles to implementing SecOps, Threat Stack’s research found that challenges are primarily centered on organizational alignment as DevOps and security teams are not routinely integrated.