Many global financial services organizations are targeted by sophisticated cyberattackers in an attempt to steal critical data and personally-identifiable information (PII), according to Vectra. 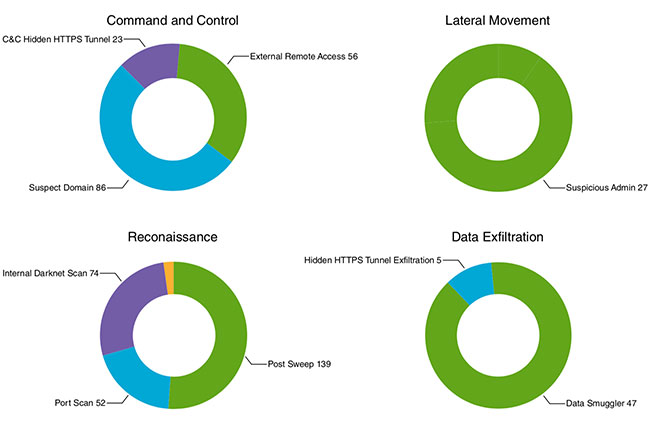 Vectra disclosed that cyberattackers build hidden tunnels to break into networks and steal information. These tunnels are used to remotely control an attack, known as command-and-control, and steal data, known as exfiltration, while remaining largely undetected.

Security breaches across multiple industries continue in an upward trajectory, and the financial services industry is no exception. But while financial services firms didn’t experience the same volume of breaches as other industries, they still face considerable risk as lucrative targets of cyberattackers in search of a windfall.

Researchers found the same type of attacker behaviors across the financial services industry as those that led to the 2017 Equifax data breach. The Equifax breach resulted in the theft of driver’s license numbers, email addresses, Social Security numbers and other personal information from 145.6 million consumers, according to a company filing with the Securities and Exchange Commission. After the breach occurred, it reportedly went undetected for 78 days.

From August 2017 through January 2018, Vectra monitored network traffic and collected metadata from more than 4.5 million devices and workloads from customer cloud, data center and enterprise environments. The analysis of this metadata provides a better understanding about attacker behaviors and trends as well as business risks, enabling Vectra customers to avoid catastrophic data breaches.

“Every industry has a profile of network and user behaviors that relate to specific business models, applications and users,” said Chris Morales, head of security analytics at Vectra. “Attackers will mimic and blend in with these behaviors, making them difficult to expose.”

“What stands out the most is the presence of hidden tunnels, which attackers use to evade strong access controls, firewalls and intrusion detection systems,” Morales added. “The same hidden tunnels enable attackers to sneak out of networks, undetected, with stolen data.”