A new venture fund that will focus on providing capital, strategy, critical resources and unique insights to early-stage cybersecurity companies in Silicon Valley has been officially launched last month. 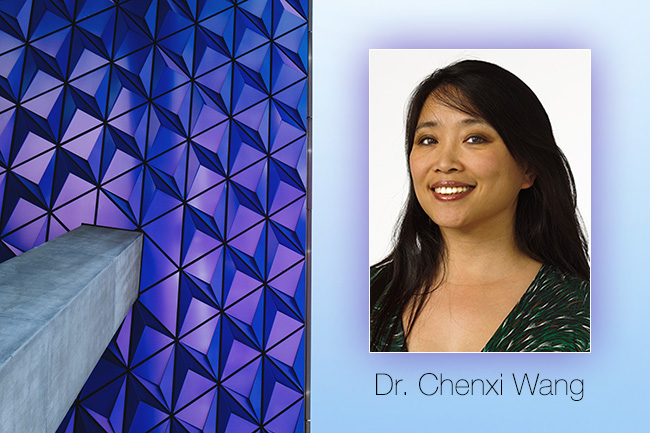 Headed by security technologist Dr. Chenxi Wang and with Amena Zhang, a VC with a strong track record of funding successful startups in Asia, as operating partner, Rain Capital has one other goal in mind: to boost funding to companies led by women and minorities.

“Two things will make us different. Firstly, we’ll remove barriers for women and minority entrepreneurs to get funded. We will be participating in all kinds of pitch events for women founders as well as encouraging women technologies from our network to consider entrepreneurship,” Dr. Wang told Help Net Security.

“Secondly, we aim to be proactive rather than reactive. We are a venture firm, but rather than waiting for pitches to come to us, we will be proactively seeking founders for a technology challenge that we are interested in funding. That makes us much more of a company builder than someone who just funds companies.”

Dr. Wang’s professional background is as diverse as can be.

She was, among other things, an associate professor at Carnegie Mellon University, a VP at Forrester Research, and VP of strategy and market intelligence at Intel Security, and the Chief Strategy Officer at container security company Twistlock. Aside from heading Rain Capital, she’s also currently a member of the Board of Directors at the Open Web Application Security Project, an advisor for several security companies, and a program Co-Chair for Security and Privacy at the Grace Hopper Conference.

The plunge into venture financing is just the latest stop in her journey, fueled by intellectual curiosity and the desire to know whether she can do things differently in the venture space and whether she can learn new skills and tackle new challenges.

As Rain Capital enters the market, in the field of cybersecurity the VC industry still largely caters to the traditional enterprise security models.

“In fact, one VC told me his winning model was founders from NSA or DoD, producing an on-premises product that sells in the high hundreds of thousands of dollars per year targeting large enterprises exclusively,” she shared.

But, while this may have been the winning model of the last a few decades, today security needs to operate at the speed of the business, meaning: service-first, cloud-first, with a light footprint, and ideally requiring no special hooks to the environment (i.e., no kernel modules, etc.).

“This is a different mindset and requires a different viewpoint in investing. Our firm has a focus in securing cloud-native systems – our thesis is that traditional IT environments are disappearing by the dozens, those that focus on cloud-native first will lead the next wave of security innovation and they will become the next Symantec or FireEye for security,” she noted. “We want to be the firm that funds the next security giant.”

They already have three firms on the roster: Altitude Networks, Capsule8, and Claroty.

While the fund’s primary focus will be on early-stage cybersecurity companies, they will also participate in later-stage funding rounds if the company is of strategic interest. To help with investment decisions and better understand the market trends, the company’s advisory board includes prominent names in the cybersecurity industry.

And, as mentioned before, they are not just waiting for pitches, but are proactively searching for people, and especially women, with good ideas, who might not have thought about starting a company but are interested in it.

Technology aside, one ingredient Dr. Chang thinks is extremely important is an understanding of the market.

“In my view, founders must be in tune with what the market wants, what excites technology users, and what are the challenges top of mind for those users. Without that, technology alone will be a tough sell,” she opined.

Most of the pitches they’ve seen so far have had a muddy message, a light market analysis not backed with credible data, and unpersuasive arguments.

“In general, most founders can benefit from some critical eyes looking at their pitches before they put themselves in front of a VC firm,” she noted.

As the first cyber investment firm with an all-female partner team that has a long track record of supporting women in the security industry, the fact that they want to see more women and minorities set up and head successful firms should not come as a surprise.

Dr. Chang believes that changing the way security work is portrayed in popular literature, media, and trade media could spur more women to enter and participate in the cybersecurity industry.

“Too often, we associate security with a hacker in a hoodie sitting in a dimly lit place, hacking a remote computer. I don’t know how many high school girls would look at that image and say: ‘Hey, I want to be that guy,'” she pointed out.

We should also make it clearer that the security field is incredibly versatile.

“We have folks working on securing pacemakers for elderly patients, we have people catching fraudsters that defraud charity funds helping poor countries getting clean drinking water, education, or transportation,” she noted.

“Security technologies create social impact that is far beyond simple hacking. Yet, those social impact is not often discussed or lauded. We absolutely need to change that if we want to attract more diverse talent into the field.”