A vulnerability in Qualcomm Life Capsule Datacaptor Terminal Server (DTS) can be easily exploited to allow attackers to execute unauthorized code to obtain administrator-level privileges on the device.

The vulnerability was flagged by Elad Luz, Head of Research at CyberMDX, and Qualcomm Life and Capsule Technologies SAS have pushed out firmware that plugs the hole. 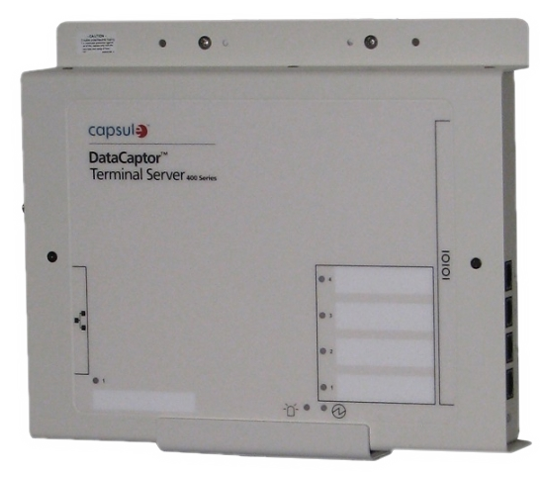 About the Capsule’s DTS

Capsule DTS is a medical gateway device used by hospitals to connect their medical devices – usually bedside devices such as monitors, respirators, anesthesia, and infusion pumps – to the network.

Datacaptor has an embedded web management server/interface used for configuration and it uses a software component named “RomPager” from AllegroSoft.

As it turned out, the RomPager versions (4.01 through 4.34) used by the DTS sport a vulnerability discovered in 2014 by Checkpoint researchers. “Back then, researchers primarily focused on home routers when searching affected devices,” the researchers noted.

CVE-2014-9222, a.k.a. “Misfortune Cookie”, allows attackers to write data to an arbitrarily address in the device memory by simply sending a specially crafted HTTP cookie to the web management portal.

“This action can be performed with no authentication and the arbitrary write may be used to login without credentials, gain administrator-level privileges on the terminal server, or simply crash them. This may result in harm to the device availability as well as the network connectivity of the serial medical devices connected to it,” they explained.

ICS-CERT also says that there are no known public exploits that specifically target this vulnerability.

But they can mitigate the risk of exploitation by disabling the embedded webserver. “The webserver is only utilized for configuration during the initial deployment and is not necessary for continued remote support of the device,” they explained.