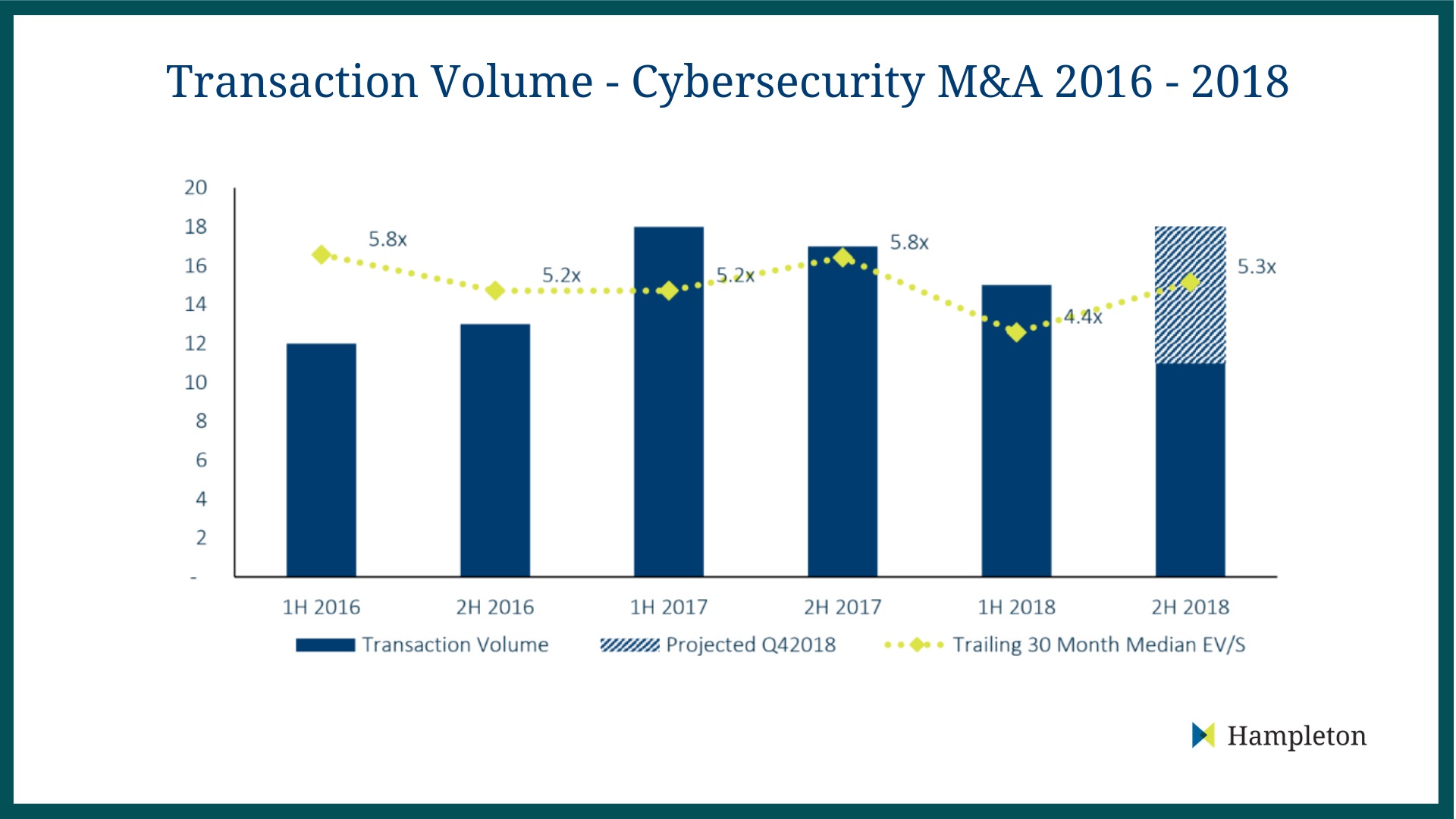 2018 has seen nine big ticket deals in excess of $500m from buyers such as Thoma Bravo, Cisco, RELX, AT&T and Francisco Partners, which have generated attention to the sector helped overall market valuations reach a new record of 5.6x sales (trailing 30-month median).

There have been 426 acquisitions in the cybersecurity sector since 2016. Of the top 40 transactions since 2016, 27 per cent were made by Private Equity buyers.

A median consensus of industry analysts forecasts that the overall cybersecurity market will grow from $132 billion in 2018 to £212 billion by 2022. 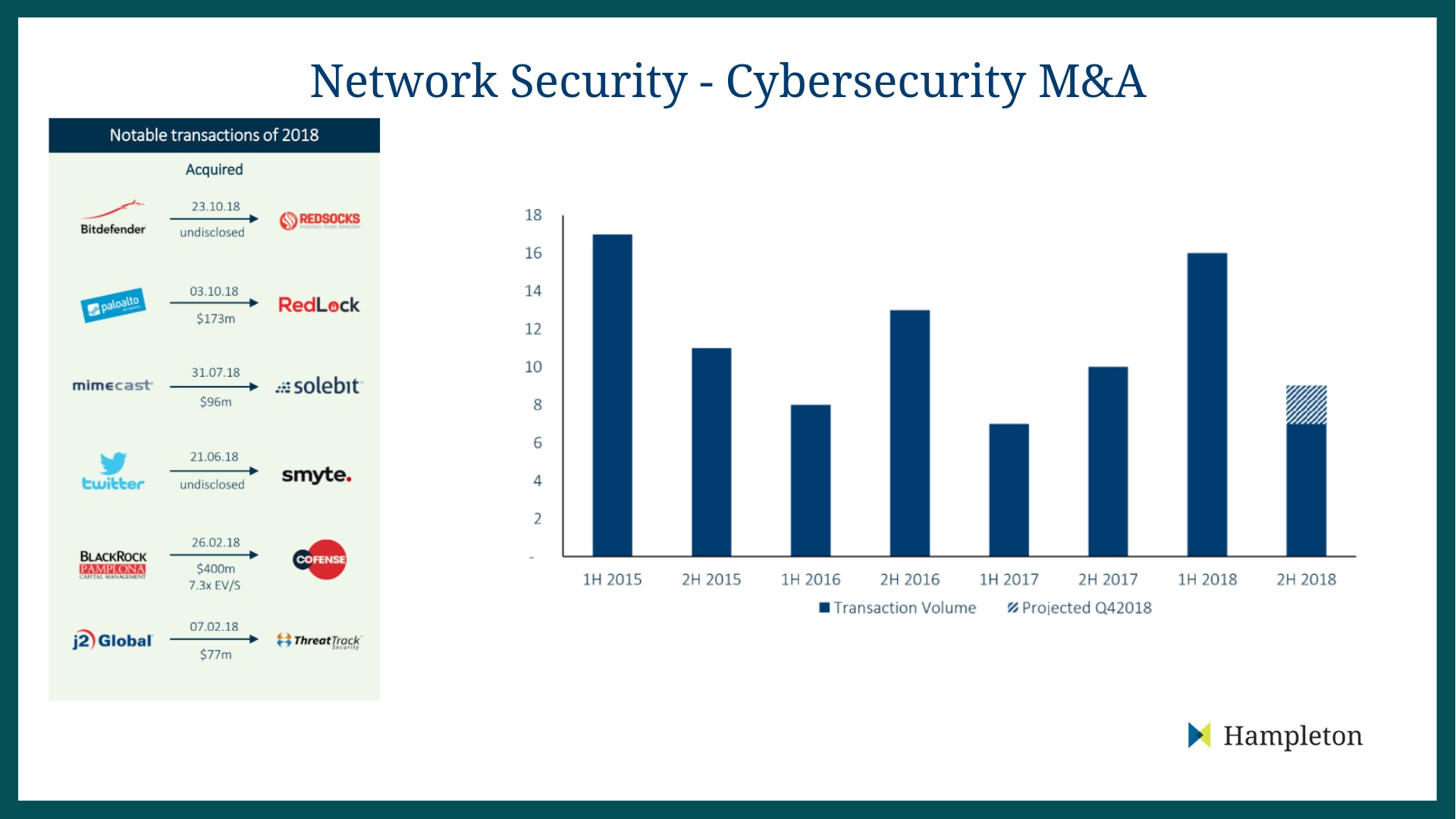 “Hacking is the newest form of warfare against businesses as well as nation states. The average cost of a single data breach is now € 3 million, up by six percent in a year, plus the reputational damage which can be catastrophic,” Henrik Jeberg, director, Hampleton Partners.

“Given the increasing market demand for cybersecurity solutions due to regulation, digitisation, high profile hacks and new technologies requiring security, we are not surprised to see a highly active M&A market for cybersecurity assets at high valuations. I expect cybersecurity to remain a hot topic in M&A, even if we go into a period of more volatile financial markets.”

In one high-profile example of a cyberattack, Maersk was forced to reinstall 4,000 servers and 45,000 computers after a “NotPetya” ransomware attack. The company reported an indirect cost through profit loss of over €300 million.

As for the future outlook for cybersecurity M&A, Henrik Jeberg, concluded: “Game-changing cybersecurity technology is now entering newer verticals such as connected and autonomous vehicles, cryptocurrencies and digital payment services, presenting new challenges and major opportunities for startups and scaleups who can help businesses protect their valuable IP and customer data.”