There was some good news and some bad news for the Internet-using public in early 2019. The good news is that the total number of conventional, spam-based phishing campaigns declined as 2018 came to a close, while the bad news is that users of software-as-a-service (SaaS) systems and webmail services are being increasingly targeted. 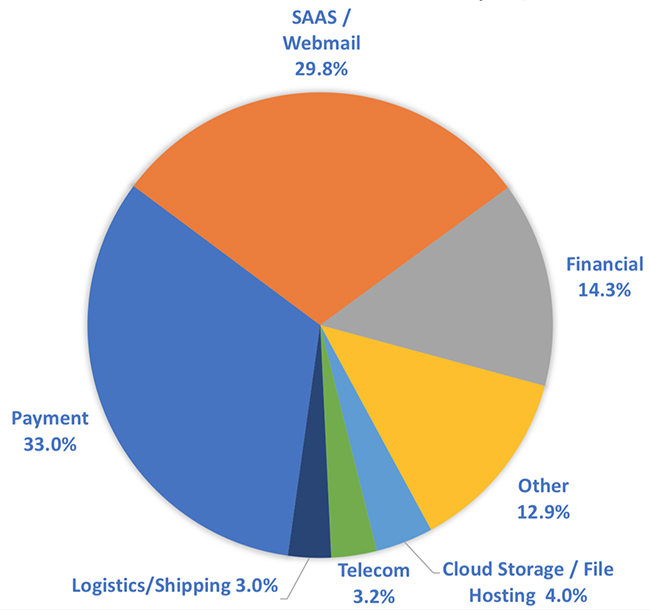 This general decline in the number of phishing campaigns as the year went on may have been a consequence of anti-phishing efforts – and/or the result of criminals shifting to more specialized and lucrative forms of e-crime than mass-market phishing.

There is growing concern that the decline may be due to under-detection. The detection and documentation of some phishing URLs has been complicated by phishers obfuscating phishing URLs with techniques such as Web-spider deflection schemes – and by employing multiple redirects in spam-based phishing campaigns, which take users (and automated detectors) from an email lure through multiple URLs on multiple domains before depositing the potential victim at the actual phishing site. APWG contributing member MarkMonitor continues to monitor this trend.

Researchers at APWG member PhishLabs observed that in the final quarter of 2018, the number of phishing attacks hosted on Web sites that have HTTPS and SSL certificates declined for the first time in history. 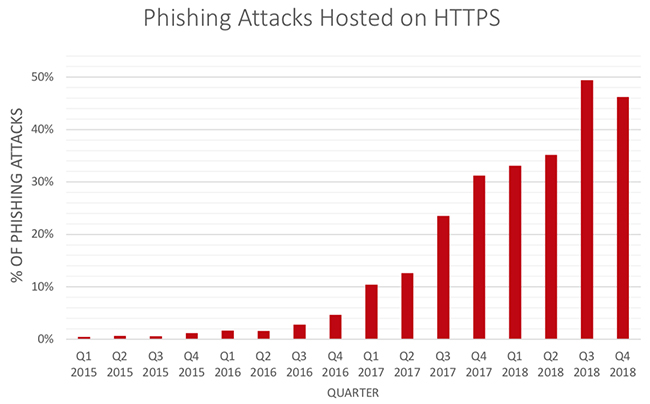