IT managers are more likely to catch cybercriminals on their organization’s servers and networks than anywhere else, according to the 7 Uncomfortable Truths of Endpoint Security survey by Sophos. 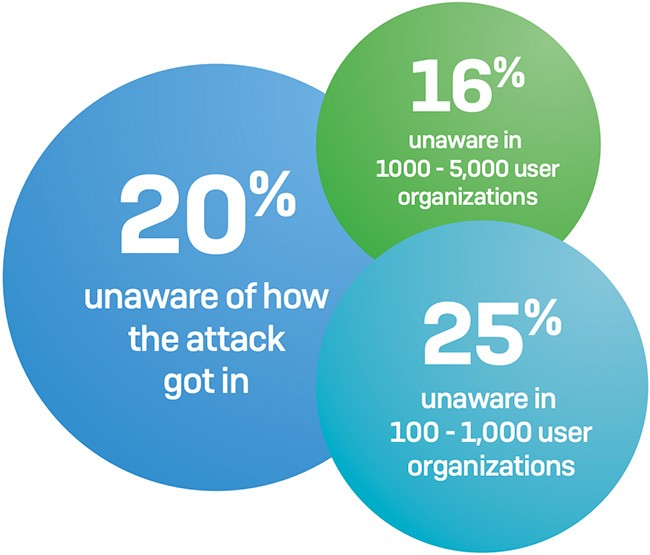 In fact, IT managers discovered 37 percent of their most significant cyberattacks on their organization’s servers and 37 percent on its networks.

Only 17 percent were discovered on endpoints and 10 percent were found on mobile devices. The survey polled more than 3,100 IT decision makers from mid-sized businesses in 12 countries including the US, Canada, Mexico, Colombia, Brazil, UK, France, Germany, Australia, Japan, India, and South Africa.

“Servers store financial, employee, proprietary, and other sensitive data, and with stricter laws like GDPR that require organizations to report data breaches, server security stakes are at an all-time high. It makes sense that IT managers are focused on protecting business-critical servers and stopping attackers from getting on the network in the first place and this leads to more cybercriminal detections in these two areas,” said Chester Wisniewski, principal research scientist, Sophos. “However, IT managers can’t ignore endpoints because most cyberattacks start there, yet a higher than expected amount of IT managers still can’t identify how threats are getting into the system and when.”

Twenty percent of IT managers who were victim to one or more cyberattacks last year can’t pinpoint how the attackers gained entry, and 17 percent don’t know how long the threat was in the environment before it was detected, according to the survey.

To improve this lack of visibility, IT managers need endpoint detection and response (EDR) technology that exposes threat starting points and the digital footprints of attackers moving laterally through a network.

“If IT managers don’t know the origin or movement of an attack, then they can’t minimize risk and interrupt the attack chain to prevent further infiltration,” said Wisniewski. “EDR helps IT managers identify risk and put a process in place for organizations at both ends of the security maturity model. If IT is more focused on detection, EDR can more quickly find, block and remediate; if IT is still building up a security foundation, EDR is an integral piece that provides much needed threat intelligence.”

On average, organizations that investigate one or more potential security incidents each month spend 48 days a year (four days a month) investigating them, according to the survey. It comes as no surprise that IT managers ranked identification of suspicious events (27 percent), alert management (18 percent) and prioritization of suspicious events (13 percent) as the top three features they need from EDR solutions to reduce the time taken to identify and respond to security alerts.

“Most spray and pray cyberattacks can be stopped within seconds at the endpoints without causing alarm. Persistent attackers, including those executing targeted ransomware like SamSam, take the time they need to breach a system by finding poorly chosen, guessable passwords on remotely assessible systems (RDP, VNC, VPN, etc.), establish a foothold and quietly move around until the damage is done,” said Wisniewski.

“If IT managers have defense-in-depth with EDR, they can also investigate an incident more quickly and use the resulting threat intelligence to help find the same infection across an estate. Once cybercriminals know certain types of attacks work, they typically replicate them within organizations. Uncovering and blocking attack patterns would help reduce the number of days IT managers spend investigating potential incidents.” 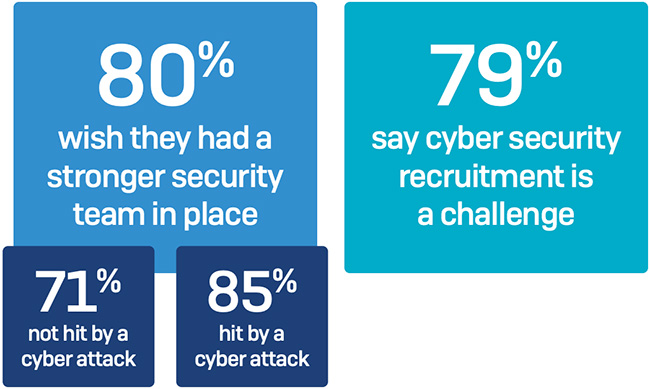 Fifty-seven percent of respondents said they were planning to implement an EDR solution within the next 12 months. Having EDR also helps address a skills gap. Eighty percent of IT managers wish they had a stronger team in place, according to the survey.