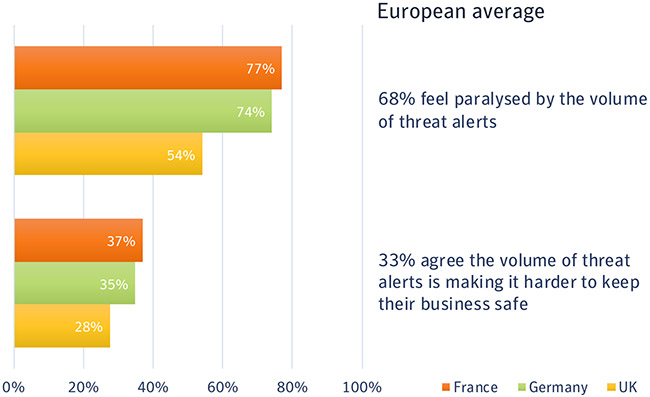 Four in five (82 percent) security leaders across France, Germany and the UK report feeling burned out, whilst just under two-thirds (63 percent) think about leaving the industry or quitting their job (64 percent).

Surveying 3,045 cybersecurity decision makers across the across France, Germany and the UK, the research – conducted by Symantec in collaboration with Dr Chris Brauer, Goldsmiths, University of London – reveals mounting pressure on the security profession.

“It impairs your memory, disrupts rational thinking and negatively impacts every cognitive function you have. In an industry like cybersecurity, which requires focus, creative thinking, attention to detail and rational decisions in high pressure scenarios – stress can be crippling. Highly stressed workers are far more likely to be disengaged and ultimately quit. In an industry already suffering a skills shortage, this kind of stress can present a significant risk.”

Ironically, efforts to protect the enterprise are also increasing stress:

This volume is impacting the security of enterprises:

“Feeling paralyzed by an overwhelming volume of threat alerts is a common problem for security professionals, and reason why legacy WAFs are typically bought for a compliance check box, and then, turned off. Not only do they flag an unmanageable volume of alerts, but they also block large amounts of legitimate traffic, creating false positives,” Hala Al-Adwan, VP of Technology at Signal Sciences told Help Net Security.

“In today’s environment, security teams need a modern solution that pulls out needles from the haystack. Signal Sciences next-gen WAF surfaces the most important real-time attacks and anomalies in one quick view and immediately alerts teams through integrated ChatOps and DevOps tools, like Slack, DataDog or PagerDuty. We give you alerts that actually matter and contain actionable data. Any team member can easily access this security event data and quickly understand what’s going on within their applications and how to resolve it. They can diagnose, triage, and solve security problems quickly. Any malicious attacks will be automatically detected and blocked—without producing false positives on legitimate traffic,” Al-Adwan concluded. 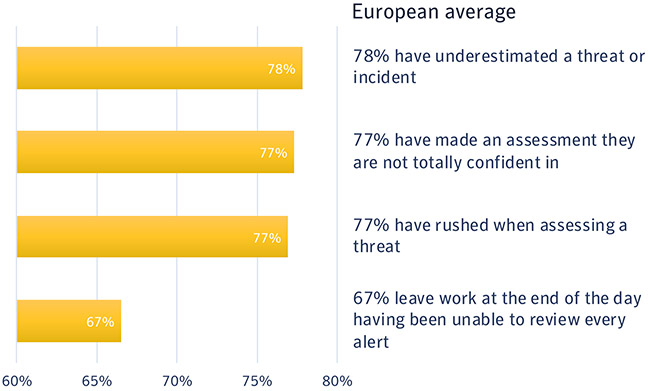 The impact of cyber security overload

Two-thirds of security leaders (65 percent total, 54 percent UK) feel they are being ‘set up for failure’. However, the overwhelming workload and pressure doesn’t seem to deter them.

The vast majority of security leaders are adrenaline junkies, fully immersed in their work, even when it’s stressful (92 percent UK and total). Nine in ten are motivated by high pressure situations and 92 percent (UK and total) report that they find their work environment thrilling.

“This appetite for pressure is much needed, as the challenges cybersecurity professionals are facing is set to grow,” commented Darren Thomson, EMEA CTO, Symantec.

Many are already challenged by the pace of change and rapid growth of data. Four in five (82 percent total, 70 percent UK) report that having to secure too much data, in too many places, is making the job more stressful. Almost half (45 percent total, 37 percent UK) say technological change is occurring too quickly for their teams to adapt.

“Ever since the internet started connecting computers and systems, cyber defence has largely been a game of reactions,” continued Thomson.

“With new technology, came new threats. As each new exploit emerged, a new defence was created. Organisations and the cybersecurity industry got sucked into an ever-accelerating game of whack-a-mole. There are now too many moles and too many hammers. It’s time for organisations to take a step back, and approach cyber defence in a far more effective way.”