There were 5,501 vulnerabilities aggregated by Risk Based Security’s VulnDB that were disclosed during the first three months of 2019. This represents a 1% increase over the same period in 2018, making this Q1 an all-time high. The results were released in the Q1 2019 Vulnerability QuickView Report.

“This continues to illustrate the need for a comprehensive vulnerability intelligence feed and a mature process that can quickly determine the true risk and lead the organization to address issues in a risk-based methodology,” commented Brian Martin, VP of Vulnerability Intelligence at Risk Based Security.

While many are quick to dismiss local attacks as less risky, the increasing use of virtual technology and mobile devices may give an attacker a foothold on a device making local privilege escalation attacks more worrisome. 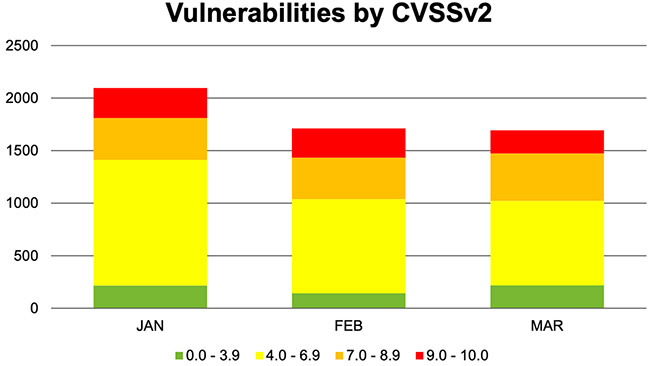 “The year-after-year increase in vulnerabilities being disclosed is clear, but there is no better example of the growing threats than this: in the last 24 hours, while finishing the Q1 2019 report, we pushed 241 new vulnerabilities to VulnDB,” commented Martin.

“That should be an eye-opener and a serious concern to any organization, regardless of size or industry.”