While the SOC is considered an essential or important component of business, most security professionals rate their SOC’s effectiveness as low, and 49 percent say it is not fully aligned with business needs, according to a survey conducted by Devo Technology in partnership with the Ponemon Institute. 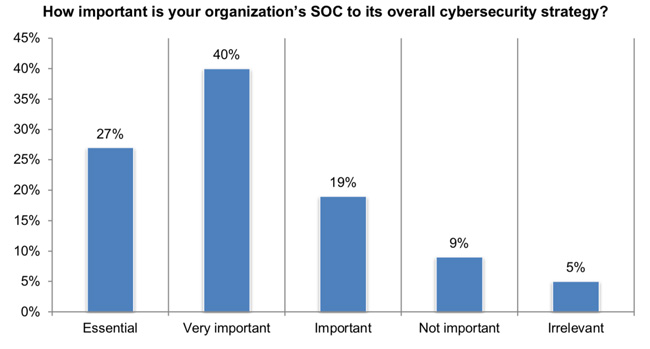 Problems such as a lack of visibility into the network and IT infrastructure, a lack of confidence in the ability to find threats, and workplace stress on the SOC team are diminishing its effectiveness.

Further, security professionals say working in the SOC is painful, leading 65 percent to report having considered changing careers or quitting their jobs. As a result of these factors, 78 percent of respondents say the mean time to resolution (MTTR) can be weeks to months or even years.

“The survey findings clearly highlight that a lack of visibility and having to perform repetitive tasks are major contributors to analyst burnout and overall SOC ineffectiveness,” said Julian Waits, General Manager of Cyber, Devo.

“It is critical that businesses make the SOC a priority and evolve its effectiveness by empowering analysts to focus on high-impact threats and improving the speed and accuracy of triage, investigation, and response.”

Why organizations have SOC frustration?

The threat hunting problem: Threat hunting teams have a difficult time identifying threats because they have too many IOCs to track, too much internal traffic to compare against IOCs, lack of internal resources and expertise and too many false positives.

More than half of respondents (53 percent) rate their SOC’s ability to gather evidence, investigate and find the source of threats as ineffective. The primary reasons are limited visibility into the network traffic, lack of timely remediation, complexity and too many false positives.

The interoperability problem: SOCs do not have high interoperability with their organization’s security intelligence tools. Other challenges are the inability to have incident response services that can be deployed quickly and include attack mitigation and forensic investigation services.

The alignment problem: SOCs are not aligned (49 percent) or only partially aligned (32 percent) with business needs, making it difficult to gain senior leadership’s commitment to providing adequate funding for investments in technology and staffing.

Further, the SOC budget is inadequate to support the necessary staffing, resources, and investment in technology. On average, less than one-third of the IT security budget is used to fund the SOC.

The problem of SOC analyst pain: IT security personnel say working in the SOC is painful because of an increasing workload and being on call 24/7/365.

The lack of visibility into the network and IT infrastructure and current threat hunting processes also contribute to the stress of working in the SOC. As a result, 65 percent say these pain factors have caused them to consider changing careers or leaving their job.

“There are a number of factors contributing to the SOC’s overall ineffectiveness – such as the lack of visibility into IT security infrastructure – but the factor that truly stands out is the level of analyst burnout due to their heavy workload, and the immense amount of stress and pressure they are facing,” said Larry Ponemon, founder of Ponemon Institute.

“It is clear this is a critical area that needs to be addressed to improve SOC effectiveness.”

The anatomy of today’s SOC

The exploits most commonly identified by the SOC are malware attacks (98 percent), exploits of existing or known vulnerabilities (80 percent), spear phishing (69 percent) and malicious insiders (68 percent). 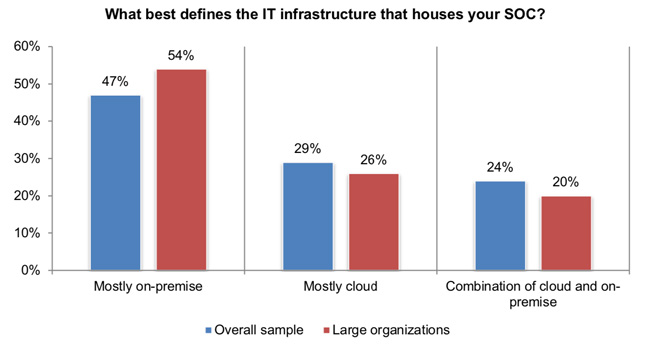 The findings do not bode well for setting a SOC up for success, but the research also suggests organizations can consider the following actions: