There’s a significant prevalence and impact of cyberattacks that use stolen hashed administrator credentials, also referred to as Pass the Hash (PtH) attacks, within businesses today, according to a survey from One Identity. 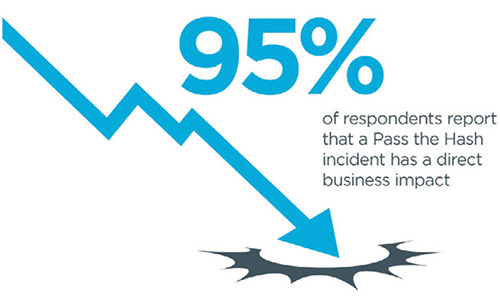 Among the survey’s most noteworthy findings is that 95% of respondents say that PtH attacks have a direct business impact on their organizations.

Conducted by Dimensional Research, the survey of more than 1,000 IT professionals reinforces the crucial need for organizations to deploy effective Active Directory (AD) management and privileged access management (PAM) solutions and practices, given that PtH attacks primarily result in unauthorized use of privileged credentials to compromise enterprise systems and data.

In a typical PtH attack, an attacker obtains privileged credentials by compromising an end user’s machine and simulates an IT problem so that a privileged account holder will log into an administrative system.

Those login credentials are stored as a hash that the attacker extracts and uses to access additional IT resources across the organization.

Without a holistic and strategic approach to protect privileged accounts and identify when privileged access is being abused, a cybercriminal leveraging a PtH technique can gain access to an entire network, rendering all other security safeguards ineffective.

According to the survey, IT security stakeholders recognize the damage PtH attacks can cause, however, many are still not implementing the most important measures available to fight them.

PtH incidents have a widespread, direct impact on businesses.

Ignorance of PtH attacks is worryingly prevalent for the majority of organizations.

A large majority (87%) of respondents say they are already taking steps to prevent PtH attacks, but some lack of attention to address the issue persists.

Larger companies feel they are more likely to be targeted by PtH attacks and are most likely to take steps to address the issue. 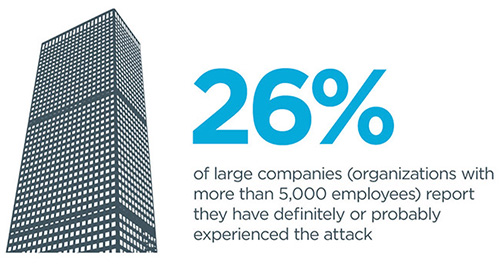 “The results of our 2019 survey indicate that despite the fact that Pass the Hash attacks are having significant financial and operational impact on organizations, there is vast room for improvement in the steps organizations are taking to address them,” said Darrell Long, vice president of product management, One Identity.

“Without a holistic and strategic approach to protect privileged accounts and identify privileged access abuse, organizations could very well leave their entire network exposed to cybercriminals leveraging the PtH technique, rendering all other security safeguards ineffective.”