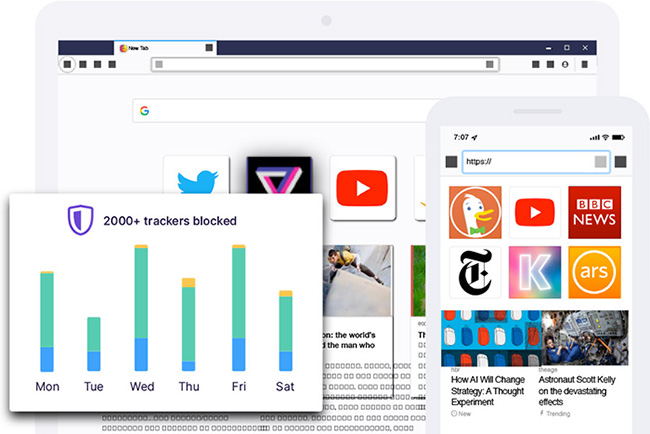 In January 2019, Mozilla published its official anti-tracking policy, which singled out cookie-based and URL parameter-based cross-site tracking and tracking via unintended identification techniques as practices that should be blocked by default by web browsers.

With that in mind, the organization has, slowly but surely, been enhancing and adding tracking protections and controls to Firefox.

In early September, Firefox 69.0 was pushed out with Enhanced Tracking Protection (ETP) turned on by default for all users, blocking known trackers in Private Windows, third-party tracking cookies and web-based cryptominers. 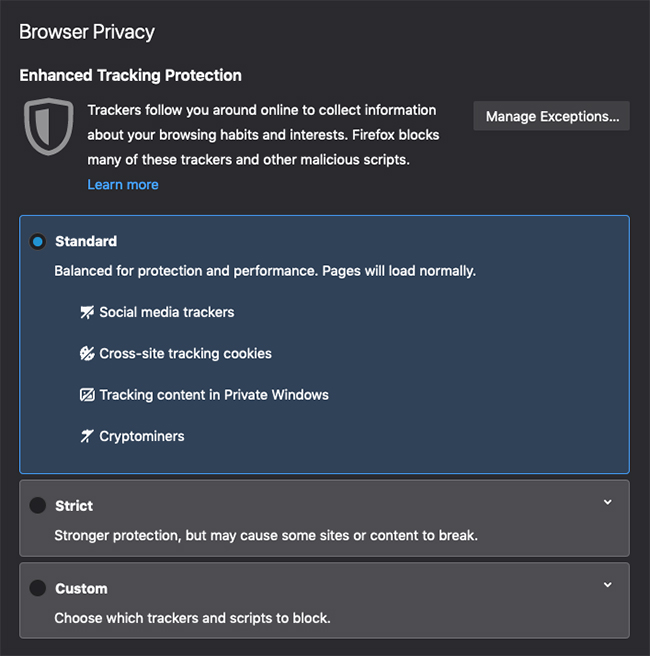 As before, users can choose to switch to the “Strict” ETP setting, which also blocks tracking content in all windows and “fingerprinters”, or opt for the “Custom” setting, which offers more granular blocking control.

Firefox 70.0 also allows users to see how many trackers it has blocked over the past week and to check out the social media trackers, cookies, tracking content, cryptominers and fingerprinters served by each individual site and blocked by the browser.

The broad report can be accessed via the menu button located on the far right of the browser’s toolbar (click on “Privacy Protections”) or via the shield icon in the address bar (click on “Show Report”). 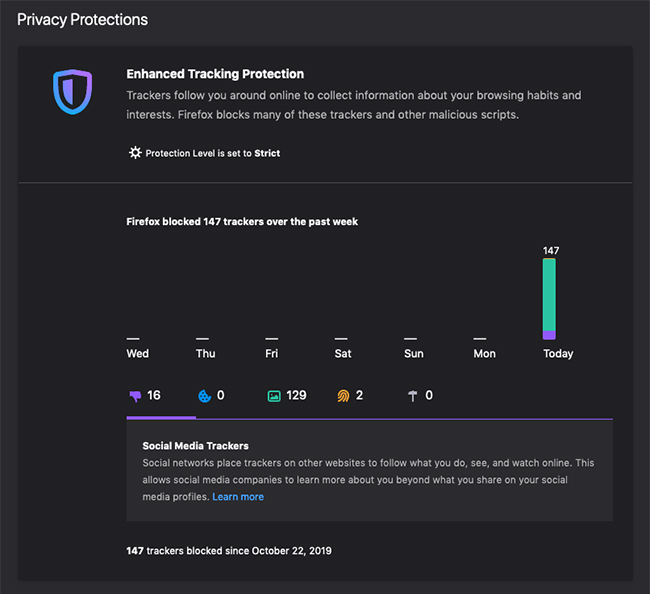 Site-specific information can be viewed and perused when the site is open by clicking on the shield icon in the address bar.

“The HTTP referrer is data sent in an HTTP connection, and can be leveraged to track you from site to site. Additionally, companies can collect and sell this data to third parties and use it to build user profiles,” Dave Camp, Senior Vice President of Firefox at Mozilla, explained.

The security protections announced are related to Firefox Monitor, the free online service that allows users to check whether their email address was involved in a publicly known data breach and to sign up to get notified if the account appears in new data breaches, and Firefox Lockwise, the feature that syncs logins from the Firefox browser to the Firefox Lockwise app.