Developer reliance on APIs increased over the past year amidst the global pandemic and will continue to increase in 2021, a RapidAPI survey reveals. 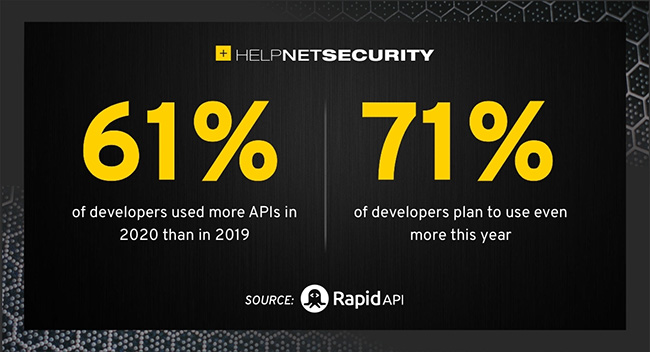 Organizations of all sizes from a wide range of industries plan to join the API economy this year, and API testing and security were top concerns among survey respondents.

“During the pandemic, many companies rapidly accelerated their digital transformation journeys. So, it makes sense that their investment in software development and particularly in the API economy continues to rise,” said Iddo Gino, CEO, RapidAPI.

Participation in the API economy is a priority across industries: Overall, 58% of executives said participating in the API economy was a top priority for their organization. The figure was even higher in certain industries: 89% of telecommunications executives will take advantage of APIs and standards like Fast Healthcare Interoperability Resources (FHIR) and the Open API Initiative are driving adoption among a majority of healthcare (75%) and financial services (62%) executives.

The adoption of new API technologies is increasing: This year’s survey also suggests that API technology and usage are becoming more varied. REST continues to be the most popular standard among those surveyed, and there was strong interest in emerging technologies like serverless, FaaS, WebSockets, and gRPC. AsyncAPI tripled in production usage (from 5% in 2019 to 19% in 2020), and GraphQL doubled (from 6% in 2019 to 12% in 2020).