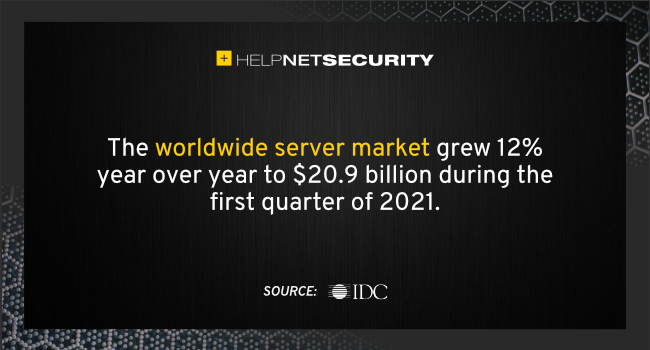 “The considerable increase of server investments during the quarter were also buoyed by global economic tailwinds along with increased investments targeting the modernization of business applications, datacenter infrastructure, and IT operations.”

On a geographic basis, server revenue in China was up 29.1% year over year while Asia/Pacific (excluding China and Japan) increased 16.6%. Latin America declined 9.1% and North America grew 10.6% year over year.