Sontiq released the Mid-Year 2021 Cybercrime Report, which highlights five key trends and the 2021 data breaches that pose the highest level of risk to victims. 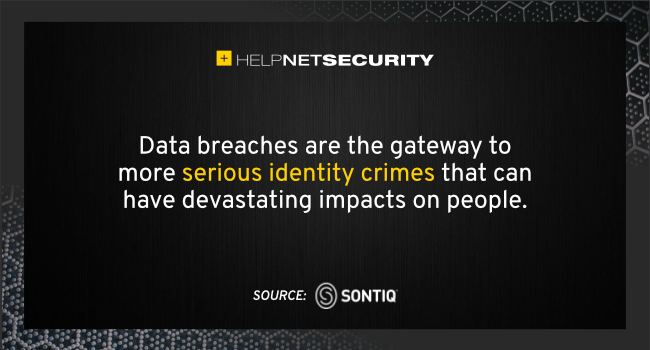 Companies are largely unprepared to fend off cyberattacks

The report’s insights were derived from data generated by Sontiq’s call center, Identity Restoration Team, and through BreachIQ data breach analysis. Sontiq’s BreachIQ product is powered by a patent-pending, AI-driven system that analyzes more than 1,300 data points of a data breach to assess the risk level and assign a 1 through 10 score.

“Cybercriminals seized on new vulnerabilities created by remote work and the general chaos of the pandemic. Small businesses, in particular, were not as well-equipped to fend off cyberattacks,” said Jim Van Dyke, SVP of Financial Wellness at Sontiq. “Most people do not realize how dangerous these small-scale data breaches can be.”

The most serious data breaches

Nine data breaches were identified by Sontiq’s BreachIQ as the most serious of the year thus far. A score of 10 represents the most serious level of risk to the individuals whose personal data was compromised.

To calculate the threat level, the BreachIQ algorithm looks at the data types exposed in the breach. It then assesses how each type is typically used to commit twelve different identity crimes, which range from core financial identity crimes like credit card fraud to less-common incidents like legal impersonation. 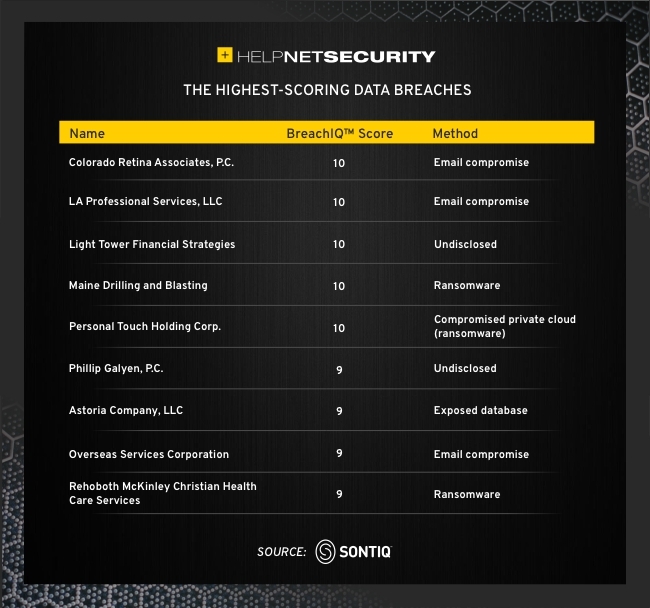 “Data breaches are the gateway to more serious identity crimes that can have devastating impacts on people,” explains Eva Velasquez, CEO of Identity Theft Resource Center. “That’s why it’s important that people pay attention to the type of information that has been compromised, not just the size of data breaches.”