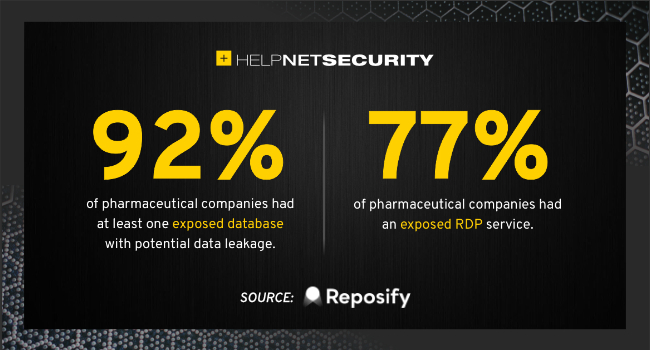 The report analyzed eighteen leading pharmaceutical companies and their nine hundred plus subsidiaries worldwide to assess the prevalence of exposures of services, sensitive platforms, unpatched CVEs and other security issues.

Among key insights were some troubling numbers: 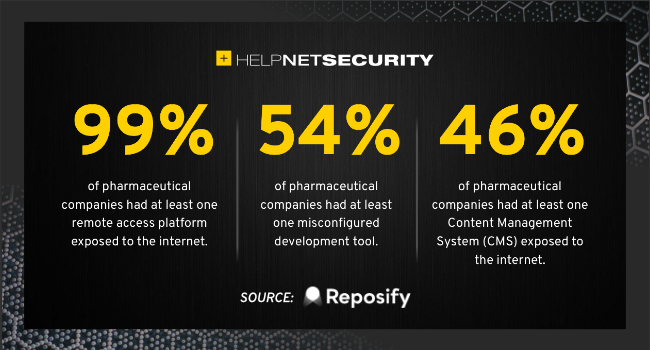 “The pharmaceutical sector is one of the largest contributors to the global economy and human welfare,” said Uzi Krieger, CEO of Reposify.

“But pharmaceutical companies are struggling to protect their distributed network perimeter from increased cyber attacks coming from well-funded and well-organized hacking groups on the hunt to steal and hold valuable, confidential data for ransom or other nefarious acts. COVID-19 is still ravaging parts of the world, variants are spiking, and the safety of clinical research, manufacturing and supply chains have never been so important to humanity, and yet, pharmaceutical companies remain ill prepared and unsecured, spiraling the industry into red level vulnerability to external attacks.“