Action1 Corporation released the new version of its RMM platform, giving MSPs and IT departments real-time visibility and control over corporate endpoints and empowering companies to support hybrid workforce securely and efficiently. 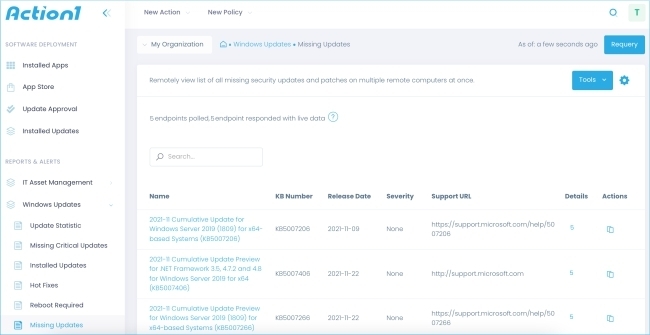 “As remote work continues and cyber threats increase, MSPs and IT departments struggle to gain visibility into vulnerabilities and mitigate security risks of delayed patch management,” said Alex Vovk, CEO and Co-founder of Action1. “We are delighted to deliver the new version of Action1 RMM, which empowers them to secure and support their hybrid workforces.”

The new version of Action1 RMM is available now and it is free for up to 50 endpoints.