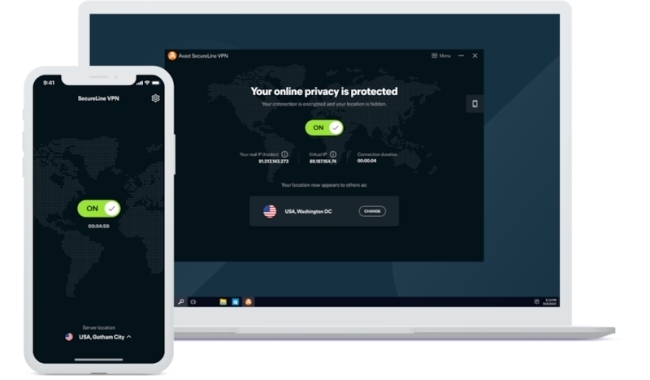 The update includes a brand-new Firewall in Avast Free Antivirus which shields people from network attacks, and reaffirms Avast’s commitment to providing security and privacy products for all, for free. In Avast Premium Security, Avast has added new advanced Firewall features for even stronger protection from data leaks, spoofing attacks, and malicious devices scanning for open ports on the user’s PC.

Vita Santrucek, Chief Product Officer at Avast, said, “Research conducted for our Digital Citizenship Report showed that since the start of the pandemic the internet has become even more important for two thirds of 18-44 year olds and for about half of older generations around the world. As our world is becoming more digital, people’s privacy can be at risk on many levels, often simply by connecting to a public or local online network. The complexity of threats today can make it difficult for people to keep up and understand how to best protect their digital lives. We have bolstered our core Avast Antivirus product with a free Firewall to make it easier for people to keep their online lives secure.”

Avast’s Firewall provides an additional layer of protection, preventing unauthorised remote access when connected to the home network or unknown networks on the go. The Firewall contains the following features for free and premium Windows users:

Free – Firewall – The Firewall monitors the network’s security by observing and filtering incoming and outgoing network traffic, preventing unauthorised access to the user’s network or shared files and blocking unsafe incoming traffic from the internet. The Firewall inspects the network, observing the number of devices connected, routers, service available on the network, and operating systems used by connected devices, and sets its mode as Public or Private accordingly.

When the user is engaging in more risky activity such as connecting to public networks in a cafe or an airport, Public mode provides high protection. It blocks all incoming connections initiated by other computers, blocks some ports/services, limits communication with other devices, and makes the computer typically not discoverable on the network.

In Private mode, on networks that are trusted by the user such as the home or the office, the Firewall blocks a minimum amount of traffic, the computer is visible on the network, and all standard services are allowed by default such as incoming Remote Desktop, file, and printer sharing. The Firewall also features a simple “set and forget” option for user convenience, and easy customization options for advanced users.

Premium – Firewall – Avast Premium Security’s Firewall provides additional advanced security features. Leak Protection prevents computers from leaking potentially sensitive information to the network, such as user name, computer name, and email. In addition, the Port Scan Alert will notify the user if other malicious devices scan the PC for open ports, which can be used to discover weak points in a network and exploit vulnerabilities. The Firewall will also alert users to Address Resolution Protocol (ARP) spoofing attacks which let cybercriminals infiltrate a local network by masking their computer as a network member in order to steal information via man-in-the-middle attacks.

The new Avast Free Antivirus and Avast Premium Security features are available in the latest version of the software.