WhiteSource released a threat report based on malicious activity found in npm, the most popular JavaScript package manager used by developers worldwide. 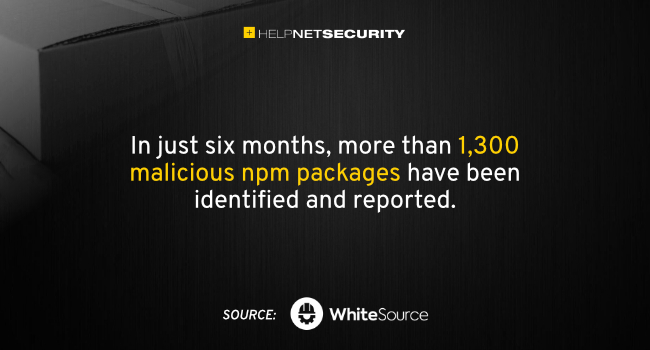 The report is based on findings from more than 1,300 malicious npm packages identified in 2021.

JavaScript is the most commonly used programming language today, with more than 16 million developers worldwide relying on its speed, strong documentation, and interoperability with other programming languages. But the popularity of JavaScript has also attracted attention from threat actors, who increasingly target JavaScript’s open-source package managers and package registries – the most widely used of which is npm, with more than 1.8 million active packages.

The company tracked an average of 32,000 new npm packages published every month during 2021. That level of activity enabled threat actors to launch a number of attacks, including:

“With an average of over 17,000 new npm package versions being published daily in 2021, there’s no question that package update activity needs to be closely monitored,” said Rami Sass, CEO of WhiteSource. “Unfortunately, that popularity is being used by threat actors to spread malware and launch attacks that harm businesses and individuals.”