Pixalate announced the results of a Harris Poll survey examining American parents’ views about about online privacy concerning their children. The survey found that 48% of parents of children under 13 say they monitor their children’s activities on apps daily, while 21% say they never check to see if those apps track their children’s precise GPS location. 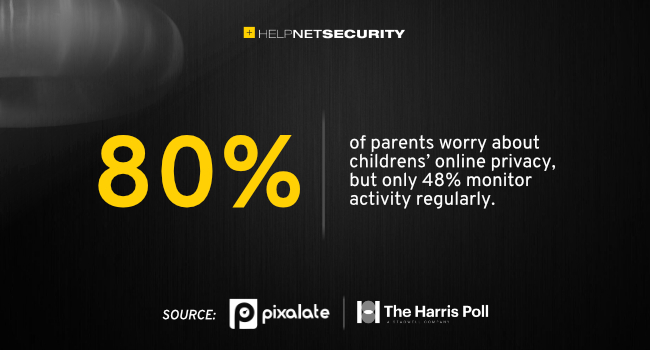 “The Harris Poll results should be a wake-up call considering the two largest app stores — Google Play and Apple — only provide a target age range for 200 apps at a time,” said Jalal Nasir, CEO of Pixalate.

“Pixalate’s research shows there are nearly 400,000 child-directed apps in the Google and Apple app stores, about 40% of which collect sensitive data like geolocation. These poll results beg the question of whether the app operators are doing this with parental consent as required by COPPA.”

The issue is of clear national importance; President Biden recognized it as such in his March 1 State of the Union Address when he said, “It’s time to strengthen privacy protections, ban targeted advertising to children, [and] demand tech companies stop collecting personal data on our children.”

“This has been a growing issue for some time, and President Biden’s remarks further validated that,” said Allison Lefrak, Pixalate’s SVP of Public Policy, Ad Privacy, and COPPA Compliance.