Threat intelligence analysts at Skybox Research Lab uncovered a 42% increase in new ransomware programs targeting known vulnerabilities in 2021. The report revealed how quickly cybercriminals capitalize on new security weaknesses – shrinking the window that organizations have to remediate vulnerabilities ahead of an attack. 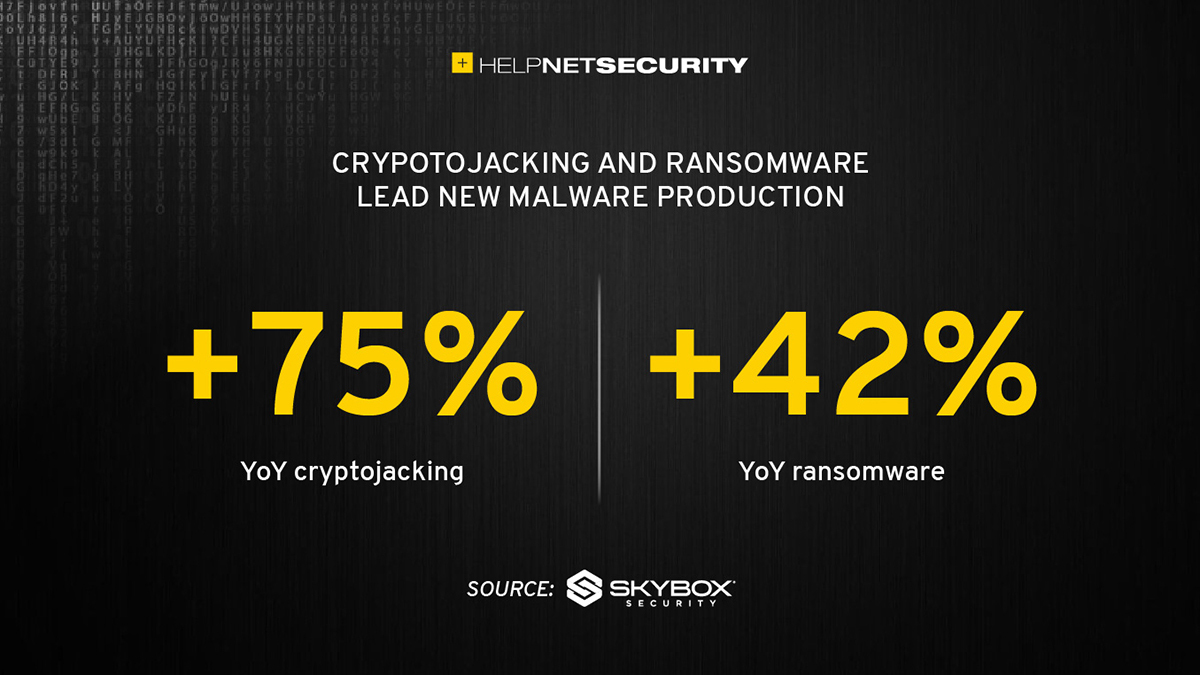 These cumulative vulnerabilities, piling up year after year, represent an enormous aggregate risk, and they’ve left organizations struggling with a mountain of cybersecurity debt. As the U.S. Cybersecurity and Infrastructure Security Agency (CISA) highlights in its Top Routinely Exploited Vulnerabilities list, threat actors are routinely exploiting publicly disclosed vulnerabilities from years past.

“The sheer volume of accumulated risks — hundreds of thousands or even millions of vulnerability instances within organizations — means they can’t possibly patch all of them. To prevent cybersecurity incidents, it is critical to prioritize exposed vulnerabilities that could cause the most significant disruption,” said Ran Abramson, threat intelligence analyst, Skybox Research Lab.

“Then, apply appropriate remediation options including configuration changes or network segmentation to eliminate risk, even before patches are applied or in cases where patches aren’t available.”

As OT and IT networks converge, threat actors are increasingly exploiting vulnerabilities in one environment to reach assets in the other. Many OT attacks begin with an IT breach, followed by lateral movement to access OT equipment. Conversely, intruders may use OT systems as steppingstones to IT networks, where they can deliver malicious payloads, exfiltrate data, launch ransomware attacks, and conduct other exploits. Increasingly, malware is designed to exploit both IT and OT resources.

24% jump in new vulnerabilities exploited in the wild

This puts security teams in a squeeze, reducing the time between the initial discovery of vulnerabilities and the emergence of active exploits targeting them. That shrinking window to remediate known exploits means that proactive approaches to vulnerability management are more essential than ever.

New cryptojacking programs targeting known vulnerabilities increased by 75% year over year, along with the 42% rise in ransomware. Both cases illustrate how the malware industry is getting better at leveraging emerging business opportunities, providing a range of tools and services used by seasoned cybercriminals and inexperienced newbies alike.

How to predict and prevent cyberattacks with data science

According to Forrester Research: “CISOs dread one question above all from their boards: ‘Are we safe?’ Boards ask this question because they want to know if security leaders are investing in the right areas and investing enough in security to meet their tolerance for financial loss experienced due to a cyber risk. CISOs, however, have struggled to answer this question for a long time, historically relying on qualitative approaches such as ordinal scoring mechanisms and 5×5 heatmaps which are based on subjective expert judgment and opinion.”

To standardize on a common risk language, security teams need an objective framework for gauging the actual risk that any given vulnerability poses to their organization. This requires the use of a rigorous scoring system that can be used to prioritize remediation efforts and allocate precious resources where they’re most needed. That means calculating risk scores for assets based on four critical variables:

“Exposure analysis is paramount, yet it’s missing from conventional risk scoring approaches,” added Abramson. “Exposure analysis identifies exploitable vulnerabilities and correlates this data with an enterprise’s unique network configurations and security controls to determine if the system is potentially open to a cyberattack.”