ESET researchers have discovered a Linux variant of the SideWalk backdoor, one of the multiple custom implants used by the SparklingGoblin APT group. 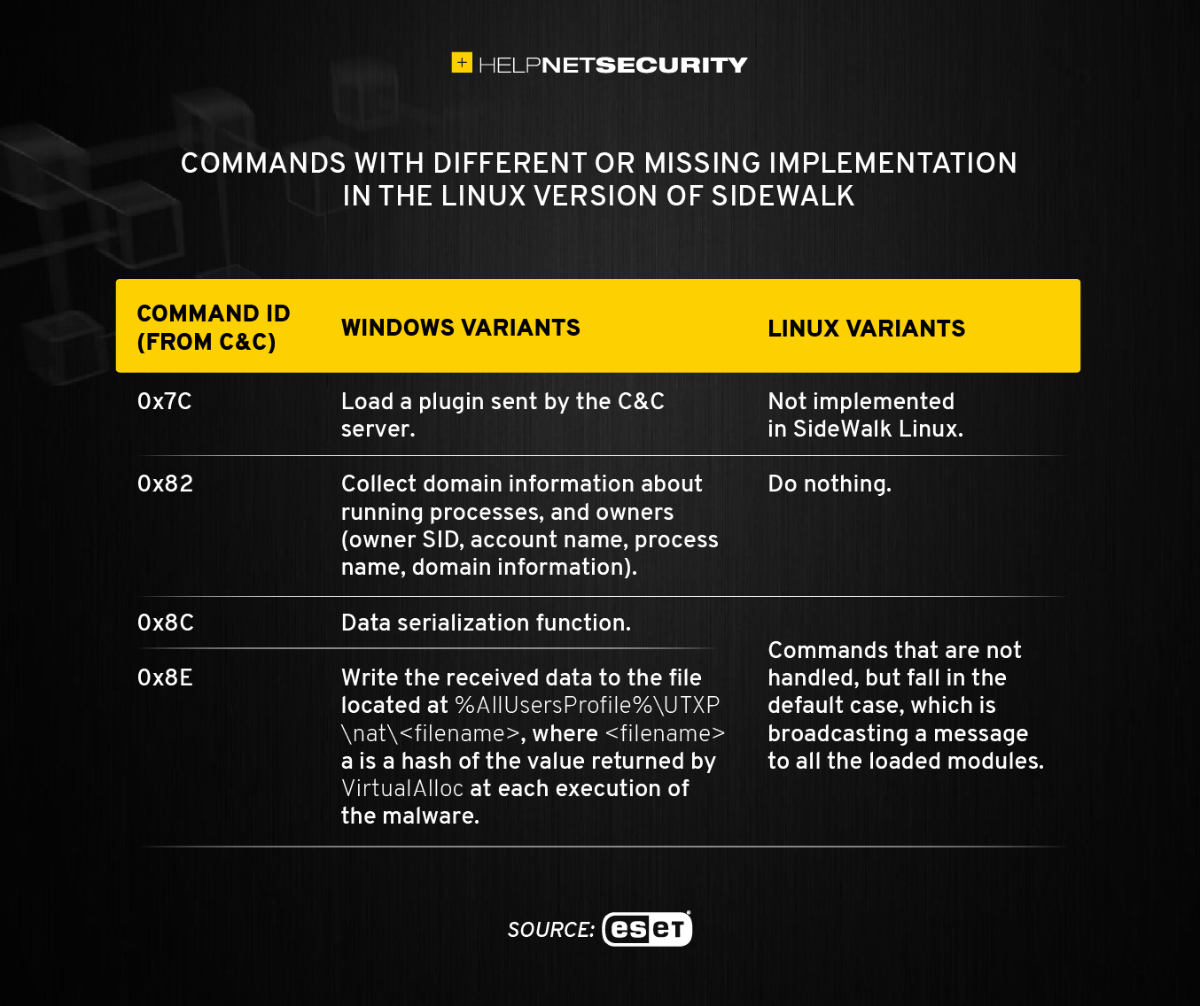 This variant was first deployed against a Hong Kong university in February 2021 — the same university that SparklingGoblin had already targeted during the student protests in May 2020.

SparklingGoblin is an APT group with targets mainly in East and Southeast Asia. However, ESET has seen SparklingGoblin targeting a broad range of organizations and verticals around the world, with a particular focus on the academic sector.

SparklingGoblin first compromised the particular Hong Kong university in May 2020, and we first detected the Linux variant of SideWalk in that university’s network in February 2021. The group continuously targeted this organization over a long period, successfully compromising multiple servers, including a print server, an email server, and a server used to manage student schedules and course registrations. This time, it is a Linux variant of the original backdoor. This Linux version exhibits several similarities with its Windows counterpart and some technical novelties.

One particularity with SideWalk is the use of multiple threads to execute a single specific task. The researchers noticed that in both variants, there are precisely five threads executed simultaneously, each having a particular job. Four commands are not implemented or are implemented differently in the Linux variant.

“Considering the numerous code overlaps between the samples, we believe that we found a Linux variant of SideWalk, which we dubbed SideWalk Linux. The similarities include the same customized ChaCha20, software architecture, configuration, and dead-drop resolver implementation,” says Hrčka.

“The Windows variant of SideWalk goes to great lengths to conceal the objectives of its code. It trimmed out all unnecessary data and code for its execution and encrypted the rest. On the other hand, the Linux variants contain symbols and leave some unique authentication keys and other unencrypted artifacts, making the detection and analysis significantly easier,” says Hrčka.

A comprehensive list of Indicators of Compromise and samples can be found in this GitHub repository.