CircleCI released the 2022 State of Software Delivery report, which examines two years of data from more than a quarter billion workflows and nearly 50,000 organizations around the world, and provides insight for engineering teams to understand how they can better succeed.

“Our findings show that elite software delivery teams are adopting developer-friendly tools and practices that allow them to automate, scale, and successfully embrace change when necessary. The ability to move quickly is crucial in today’s competitive ecosystem, but just as important is an organization’s ability to attract and retain talent, and eliminate obstacles for team success,” said Michael Stahnke, VP of Platform, for CircleCI. “From development languages to testing frameworks to deployment scenarios, high performers are gravitating toward tools that encourage collaboration, repeatability, and productivity.” 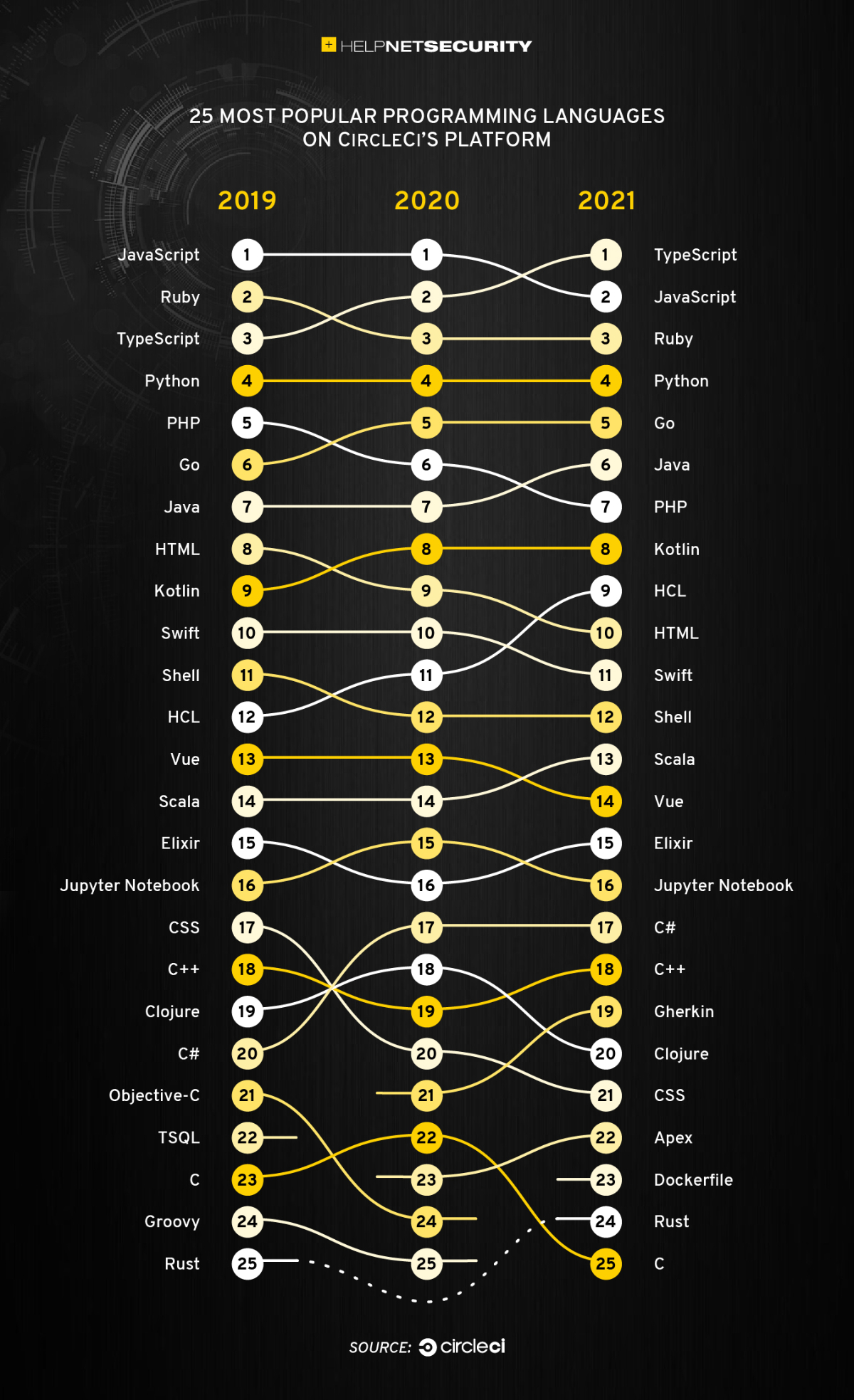 TypeScript surpassed JavaScript as the most popular DevOps language

TypeScript overtakes JavaScript as the most popular language due to its developer-friendly features.

Productivity and confidence-boosting benefits are a key driver of TypeScript’s adoption at the enterprise level and are a natural complement to the developer experience improvements that continuous integration provides.

Usage of HashiCorp Configuration Language (HCL) on CircleCI has grown steadily over the past several years, climbing three spots since 2019 to become the ninth-most popular language used on the platform.

HCL also appeared on the list of fastest-growing languages in GitHub’s 2018 and 2019 State of the Octoverse reports suggesting that infrastructure as code (IaC) has crossed the chasm from individual practitioners to widespread adoption among organizations delivering software at scale.

“Infrastructure-as-Code is increasing the speed with which IT can respond to changing business needs,” said Rob Zuber, CTO of CircleCI. “Engineering teams that leverage popular programming languages like HCL when deploying IaC are able to make the DevOps process more legible by recording manual processes in a clear and precise way, resulting in shorter lead times for developing features and bug fixes, as well as greater agility concerning changes in development priorities.”

Gherkin projects had the fastest mean time to recovery of all languages measured in CircleCI’s report, implying that Cucumber’s detailed error reporting gives developers highly actionable information on which to focus their debugging efforts.

The report also shows that the most successful engineering teams routinely meet four key benchmarks. By hitting these benchmarks, high-achieving teams are getting the maximum value from their software delivery pipelines: