When it comes to the almost weekly reports of celebrity phone hackings and leaks, more than half of consumers believe these are merely stunts to garner publicity. 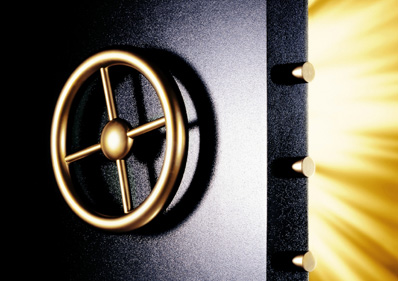 In the end, however, these photo faux pas serve as an excellent reminder that everyone should take action to protect themselves from mobile threats. Yet according to a recent survey from NQ Mobile, few do. Only 53 percent of smart phone owners reported even securing their devices with a passcode.

This is surprising news, particularly with the survey’s revelation that 87 percent of consumers have content of their own that they’d rather keep private on their smart phones. This included family photos (52 percent), private contacts (52 percent), office documents (40 percent), flirty texts (35 percent) and downloaded media (31 percent).

And apparently celebrities aren’t the only ones carrying around potentially comprising photos. 15 percent of consumers said they kept private, sexy photos of themselves on their smart phones.

While celebrity phone hacking stories may or may not be true, there’s no doubt that threats like thieves, malware, snoops and hackers are very real. For those who want to keep their mobile devices private and prevent malicious intrusions, NQ Mobile offers a few simple tips.

Lock it up. Leaving your smartphone unlocked leaves your sensitive information vulnerable to snoopers and thieves. Using the auto-lock capabilities of your device is one of the simplest steps you can take to protect yourself. Take it one step further by setting a short timer. Even if you think it’s inconvenient, it’s nowhere near as inconvenient as what can happen if you leave your data exposed.

Share wisely. Social networking has broadened the definition of “friends” and we are now in the habit of sharing intimate details of our lives with veritable strangers. Don’t make it easy for a hacker to gather enough personal information to get access to bank accounts and more. Just like in real life, be careful about what information you share with which social connections. Additionally, remember that once something is posted, it’s almost impossible to take it back. What may seem fun in the moment can appear to be a major indiscretion later – and can cost you big in the long run.

Do your research. The ability to install apps is one of the greatest things about smartphones. Don’t click “Accept” before verifying the app is safe and secure. Read the privacy policy to make sure you’re comfortable with both the amount and type of information you’re consenting to give out. Also make sure the user reviews for your apps are plentiful and positive.

Arm your device. You wouldn’t run your laptop without anti-virus software or with an outdated operating system. The same sorts of risks jeopardize your smartphone and warrant the same level of precaution. Keep your device tuned up with the most recent firmware. Lastly, install reputable security apps that can prevent your private data from getting out and protect against malicious intrusions that may try to get in without your knowledge.