At the RSA Conference 2013 in San Francisco, Pwnie Express released the Pwn Pad, a tablet loaded with wired and wireless pentesting tools. 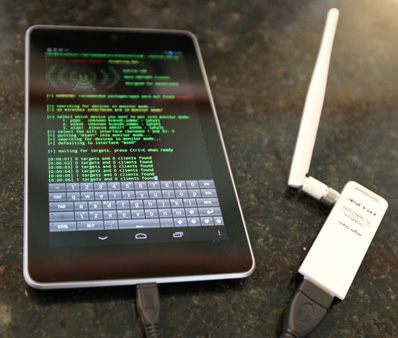 The Pwn Pad contains bleeding edge tools for enterprise wired and wireless attacks not found on any other ARM pentesting devices. The sleek form factor makes it an ideal product choice when on the road or conducting a company or agency walk-through.

This fast-paced video, both educational and entertaining offers participants a chance to win a Pwn Plug. If you’re at RSA Conference 2013 this week, PwnieExpress will feature demos of the EPA and Pwn Pad at 11:30 and 1:30 on each day of the exhibit.