In a praiseworthy move, Microsoft has extended the multifactor authentication option to all users of Office 365, its popular subscription-based online office software suite. 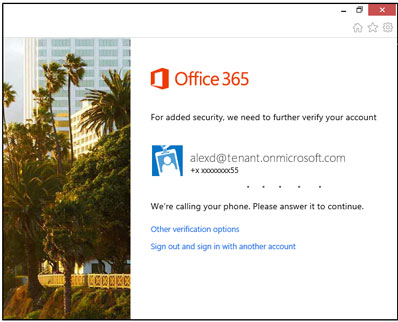 “With Multi-Factor Authentication for Office 365, users are required to acknowledge a phone call, text message, or an app notification on their smartphone after correctly entering their password. Only after this second authentication factor has been satisfied can a user sign in,” he explained.

Office 365 administrators can force their users to use multi-factor authentication very easily. Once they are enrolled, they will be required to configure their second factor of authentication at their next login.

“We’re planning to add native multi-factor authentication for applications such as Outlook, Lync, Word, Excel, PowerPoint, PowerShell, and OneDrive for Business, with a release date planned for later in 2014,” he also added.