Maintaining digital security and online privacy is difficult. As things move(d) online, cyber attacks of different kinds and magnitudes are constantly being mounted against anyone and everyone – from regular Joes web surfing from their home to employees in a power plant.

Privacy was and is always an important issue. Ten years ago we worried about companies snooping on their employees and now in the post-Snowden era, we know that the core pillars of online privacy took and continue to take a serious beating.

The ICLOAK device started as a portable online anonymity tool aimed at giving users a fast, convenient and flexible way to browse the Internet anonymously from any computer. Its creation was made possible by a successful Kickstarter project in 2014 – the creators’ initial goal was to raise $75,000, but with good press and timing lead to backers from around the world pledging over $100,000. 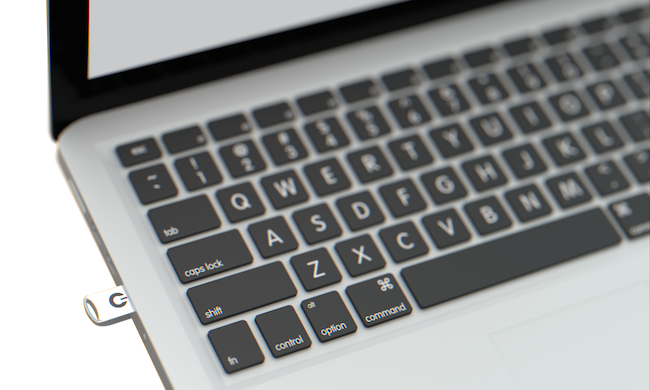 The idea behind ICLOAK Pro is simple – it’s an ultra portable flash drive that can be booted from any computer, and it places you inside a secure environment. From there you can anonymously browse the Internet, and even work with spreadsheets, Word documents or use a built-in password manager.

The concept is very similar to Tails, a live operating system that provides anonimity and cryptographic tools and can be installed on any DVD, USB stick or SD card.

ICLOAK Pro has been partially influenced by Tails, but it’s a more mainstream version of the same concept. Some of the current differentiating factors are: it’s a plug-and-play solution, it has a cleaner user interface, and is more accessible for the average computer user.

The ICLOAK operating system is based on Ubuntu Linux, which automatically removes a whole spectrum of malware threats. It includes two browsers. One is the Anonymous Internet Browser, which is based on the TorBrowser Bundle, which in its turn is based on a portable version of Firefox. Surfing the web inside this browser will provide you with full anonimity.

Browser add-ons are disabled and StartPage is used as the default search engine. StartPage is basically a gateway to Google search results, but it doesn’t use cookies, doesn’t record searches or the searcher’s IP address. 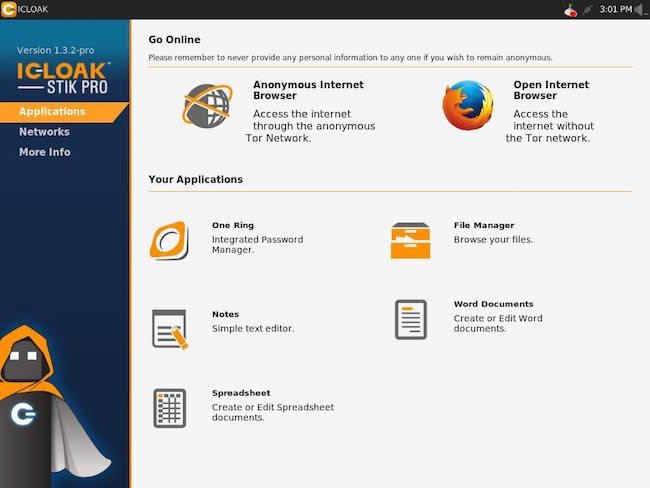 While it seems like an odd addition, ICLOAK Pro also offers a regular Firefox browser that comes with the usual plugins, including the hated Adobe Flash. Dubbed the “Open Internet Browser,” it is placed for the user’s convinience. Searches through this browser will show your IP address and collect cookies, so it is primarily here in case you need to use the in-browser multimedia and/or access sites that are whitelisted in your mind. In order to make sure the user is not confused about which version of Firefox is currently in use, the unsafe one has a red tape over it, indicating that the web surfing is not private.

Once it’s plugged in, ICLOAK Pro boots and the operating system runs from the RAM, which means that after a reboot, any data that has not been saved on the actual drive will be flushed.

Back when this was still a Kickstarter project, ICLOAK was implemented on a golden Kingston flash drive. Since then, the company switched their hardware provider – a good move, in my opinion. The new Transcendent drive looks much better, it has a USB 3.0 plug, and is at least half the size of the earlier version. In fact, the drive is so small that it has been connected to my MacBook Air for a week – a week during which I didn’t use ICLOAK Pro at all – and the fact that it was there didn’t bother me one bit.

The birds-eye-view promotional photo doesn’t give it justice – here it how it looks like when the device is plugged in: 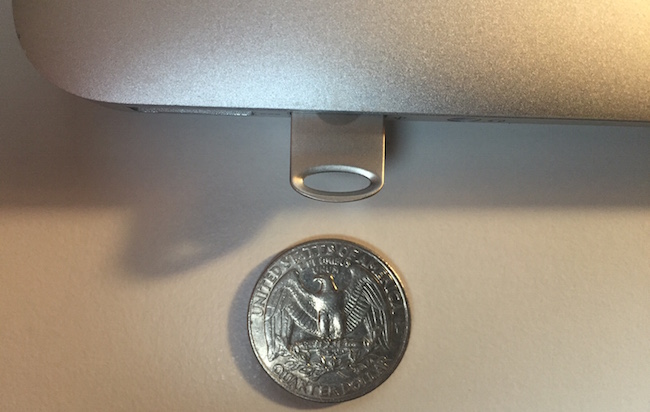 While ICLOAK Pro has additional functionalities, I primarily see it as an anonymous web surfing tool. Sure, you can write notes, edit spreadsheets and write documents, but if you are not a regular user of open source software such as the included Gnumeric, ABiWord and Mousepad, you will probably have some issues with their look and feel, as well as modest functionality. The “One Ring” integrated password manager is limited, to say the least. From the feedback I got from ICLOAK’s CEO Eric B. Delisle, the password manager is currently being completely rewritten and ICLOAK Pro users should expect a more functional version later this year.

ICLOAK comes in two versions: ICLOAK Pro and ICLOAK Pro+. They cost $99 and $149, respectively. In both versions, the device is the same, but the first one has one year of feature upgrades and the second one will provide a lifetime of them. Keep in mind that the company is planning some premium services such as VPN capabilities and encrypted cloud storage, which will eventually carry extra cost for both versions.

In the current threat landscape characterized by surveillance and cybercrime, any privacy solution is a hot item. While the concept of ICLOAK is not unique, the solution offers easy-to-use plug-and-play anonimity to the masses – with no setup required. ICLOAK is a great platform that will offer additional features in the future, and will likely cater to your needs for years to come.