There’s a growing trend among cybercriminals to target and even filter out specific countries when designing ransomware, according to SophosLabs.

To be as effective as possible, these scam emails now impersonate local postal companies, tax and law enforcement agencies and utility firms, including phony shipping notices, refunds, speeding tickets and electricity bills. SophosLabs has seen a rise in spam where the grammar is more often properly written and perfectly punctuated.

“You have to look harder to spot fake emails from real ones,” said Chester Wisniewski, senior security advisor at Sophos. “Being aware of the tactics used in your region is becoming an important aspect of security.”

“Even money laundering is localized to be more lucrative. Credit card processing can be risky for criminals, so they started using anonymous Internet payment methods to extort money from ransomware victims,” said Wisniewski. “We have seen cybercrooks using local online cash-equivalent cards and purchasing locations, such as prepaid Green Dot MoneyPak cards from Walgreens in the U.S. and Ukash, which is now paysafecard, from various retail outlets in the U.K.”

The concept of filtering out specific countries has also emerged as a trend.

“Cybercriminals are programming attacks to avoid certain countries or keyboards with a particular language,” said Wisniewski. “This could be happening for many reasons. Maybe the crooks don’t want attacks anywhere near their launch point to better avoid detection. It could be national pride or perhaps there’s a conspiratorial undertone to create suspicion about a country by omitting it from an attack.” 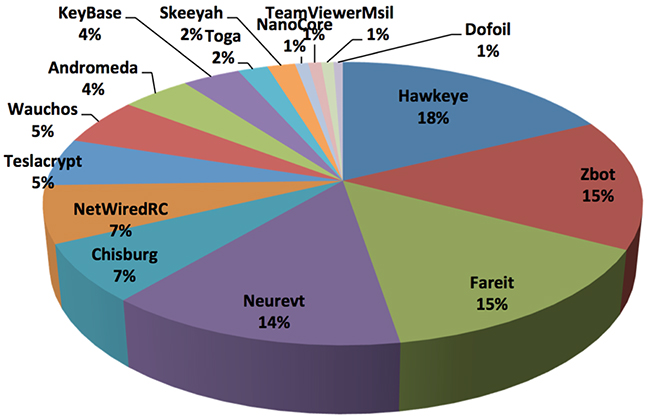 Banking is an example of how cybercriminals are using location-based malware to be more prosperous. Sophos research reveals historically how Trojans and malware used to infiltrate banks and financial institutions converges on specific regions:

“There is an entire cottage industry of uniquely-crafted Trojans just targeting banks in Brazil,” said Wisniewski.