Organizations worldwide wait until they fall victim to a damaging cyber attack before engaging a provider of managed security services, or MSS, according to Raytheon. Two-thirds of survey respondents indicated that not until there is a significant data loss from an IT security breach are their organizations motivated to engage a vendor. 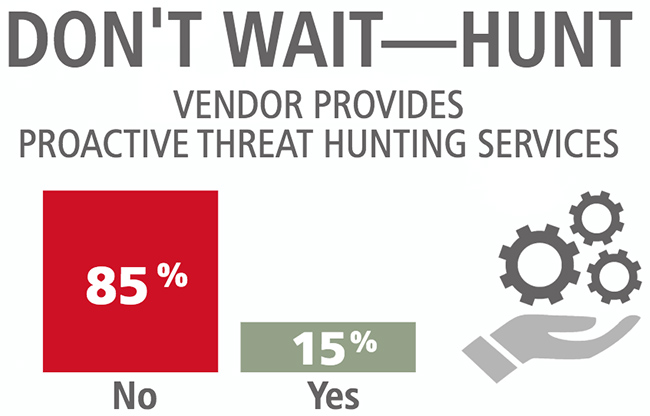 A survey of 1,784 information security leaders in 19 countries about outsourcing network security activities, also revealed organizations are looking for more from their providers than traditional services such as firewalls, intrusion detection and virtual private networks.

To truly defend their networks from attacks amidst staff shortfalls, budget pressures and higher-risk cyber environments, security leaders are adopting MSS that include advanced capabilities like hunting, incident response and integration services, currently offered by a small subset of today’s providers.

“Cybersecurity is not a waiting game, and organizations without the expertise and tools required to identify and respond to skilled adversaries need to understand that,” said Jack Harrington, VP of cybersecurity and special missions at Raytheon Intelligence, Information and Services. “The old approach waited for technology to flag known threats. In contrast, skilled hunters like those on our team proactively seek emerging threats and stop them before businesses suffer damage.”

Eighty percent of respondents reported that MSS are important to their overall IT security strategy. However, there is room for improvement. Eighty-four percent say their provider does not offer proactive threat hunting services even though they effectively find the most insidious threats impacting enterprises and governments alike. 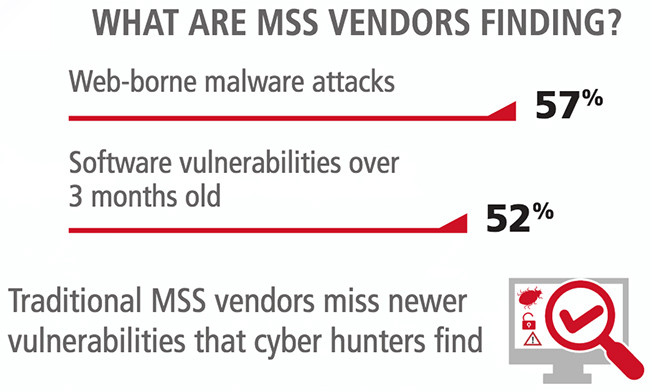 “There is only one way to find the most sophisticated, damaging cyber threats attacking a company’s network: proactively hunt for them,” said David Amsler, president of Raytheon Foreground Security. “Too many organizations today rely on reactive models and automated tools that attempt to detect threats through signature-, rule- or sandbox-driven models. The reactive approach is not enough to stop the determined and sophisticated adversaries which are most often the cause of significant damage or data loss.”