Interest in Pokémon GO, the mobile augmented reality game that has users going places in the real world to capture, train, and battle with virtual Pokemon, has exploded the moment it was released late last week.

But who would have thought that playing it could be so dangerous? 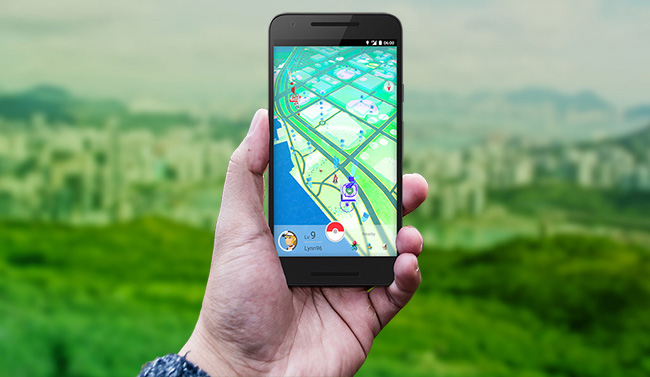 Mere days after its release, gamers and aspiring gamers are being targeted with malware posing as the app and Pokémon GO-themed scams.

Proofpoint researchers warn about Trojanized versions of the Android app being offered on third-party app markets. The app has been bundled with the DroidJack RAT, which gives the attacker full control over the device.

“Likely due to the fact that the game had not been officially released globally at the same time, many gamers wishing to access the game before it was released in their region resorted to downloading the APK from third parties. Additionally, many large media outlets provided instructions on how to download the game from a third party. Some even went further and described how to install the APK downloaded from a third party,” the researchers noted, and warned about the risk tied to making Android devices accept side-loaded apps (i.e. apps from “unknown sources”).

But aside from these risks to the security of one’s device and the information on it, players are also risking their limbs and their lives.

Gamers have been posting pictures online of hands and legs scratched, cut and brused – engrossed in the game, they stopped caring about their physical surroundings and hit or tripped over things that they would otherwise easily avoid.

The Police, Fire and Emergency Services of Australia’s Northern Territory warned players to look up from their phone before crossing the street. Also, that they don’t need to enter the Darwin Police Station – which has been designated as a Pokestop – to catch Pokeballs.

The Police Department of O’Fallon, Missouri, has also apprehended suspects who are believed to have used the game’s geolocation feature to lure gamers to secluded parking lots, and then robbed them.

“These suspects are suspected of multiple Armed Robberies both in St. Louis and St. Charles Counties,” the PD said, and have been charged today with robbery and armed criminal action.

Omari Akil, North Carolina-based writer has also pointed out that he, as a black man, could put himself in grave danger by playing Pokémon GO.

“I spent less than 20 minutes [playing the game] outside. Five of those minutes were spent enjoying the game. One of those minutes I spent trying to look as pleasant and nonthreatening as possible as I walked past a somewhat visibly disturbed white woman on her way to the bus stop. I spent the other 14 minutes being distracted from the game by thoughts of the countless Black Men who have had the police called on them because they looked ‘suspicious’ or wondering what a second amendment exercising individual might do if I walked past their window a 3rd or 4th time in search of a Jigglypuff,” he wrote.