Nine out of 10 banking professionals surveyed at large US, European and Canadian commercial banks said their company is currently exploring the use of blockchain technology for payments, according to a new report from Accenture. The initiatives are designed to reduce costs, speed payments, reduce errors and drive new revenues. 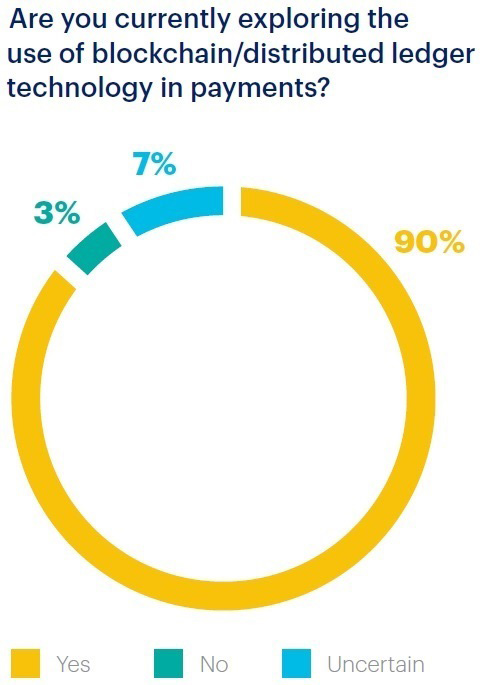 The report is based on a survey of 32 top commercial banking professionals that was designed to assess their views on the potential of blockchain technology to transform the payments business. The survey included executives from 11 of the top 20 US, Canadian and European banks, by assets, and three of the top five institutions within each geography.

According to the survey:

“Cross-border payments are ripe for innovation using blockchain and distributed ledger technologies,” said Richard Lumb, group chief executive – Financial Services at Accenture. “The technology could resolve inefficiencies and friction that have long driven up the costs – and the time – required to move money around the world. Blockchain has proven its scalability to support such infrastructure. And as the industry sets its focus on developing the networks, business processes and standards needed to run these systems, payments could be one of the first major proving grounds for enterprise blockchain adoption.”

Across the board, the executives surveyed expect that blockchain technology will help lower frictional and administrative costs, create quicker settlement time with fewer errors and exceptions, and provide greenfield revenue opportunities through innovative new products and services based on this transformative technology offered to bank customers. 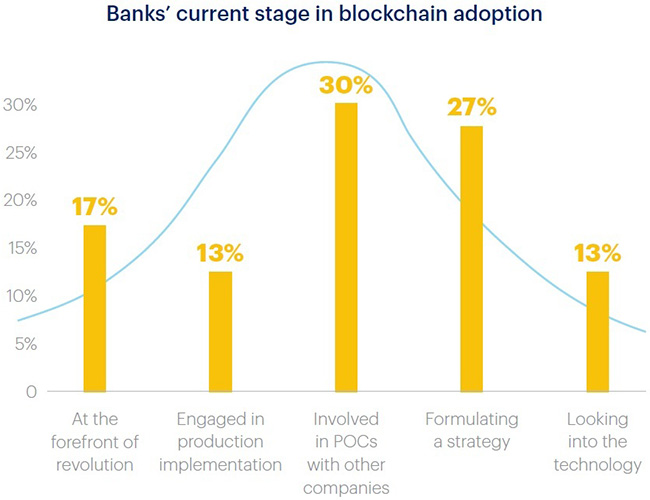 Half of the bank executives surveyed say they recognize the challenges associated with integrating and implementing blockchain technology. This is primarily due to regulatory (63 percent) and compliance (56 percent) concerns that have caused internal resistance to blockchain adoption. Nearly one-third of executives surveyed highlighted security as another impediment.

Richard Meszaros, Connected Commerce lead in Accenture Digital said: “For many executives, the value proposition for blockchain is not yet clear enough and top decision-makers have insufficient understanding of the technology. Providing education to employees and executives continues to be critical for the near-term. But the broad success of blockchain in payments hinges upon industry collaboration to create supporting networks that include banks and non-banks.”