A new Quick Heal report reveals an increase in vulnerabilities on the Android platform, as well as a 33 percent rise in mobile ransomware. Researchers also found a slight decrease in Potentially Unwanted Applications (PUA) and adware, dropping by three percent and 12 percent respectively. 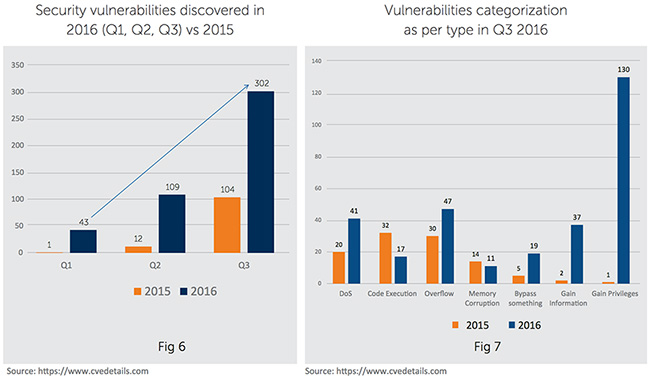 Attackers have broadened their scope of attacks with the help of adware. Strategies are changing from showing only ads to stealing information and developing destructive capabilities, such as ransomware infections.

Attackers may hook Adware or Potentially Unwanted Programs (PUPs) into running genuine processes, making it difficult for installed security software to trace their presence in the infected system.

Given the explosive rate at which security vulnerabilities are being detected on Android devices, attackers are going to ramp up their attacks on Android users.

Moreover, as smartphones continue to replace desktops and laptops as portable “data banks,” hackers will continue to use them as easy targets.

Ransomware variants will grow, and advanced variants of families such as Locky / Zepto will be a challenge for security products. Locky / Zepto ransomware will continue to be embedded in PDFs and other formats for wider dissemination. Ransomware-as-a-service (RaaS) attacks may increase due to “user friendliness” and availability. CrypMIC is another ransomware family that is expected to hit its targets with new variants and sophisticated propagation techniques.

In 2017, new ransomware attacks are expected to rise because CrypMIC has proven to be highly robust and the most profitable malware of its kind so far.

Quick Heal’s Q1 threat report predicted a rise in the detection of banking malware, which has come to fruition. While banks embrace the mobile domain to simplify banking for their customers, this may be a risky strategy. Cyber criminals are taking advantage of this trend, and of organizations and consumers who are not taking their digital security seriously.

“The findings in our most recent report are not surprising in the least,” said Sanjay Katkar, Managing Director and Chief Technology Officer of Quick Heal. “As predicted, bad actors are continuing to take advantage of Android and Windows users and the businesses, especially financial organizations, that depend on these platforms to support daily business processes. Cyber criminals are banking on inevitable complacency and will take advantage of lapses in security protections.”