DDoS attacks continue to be an effective means to distract and confuse security teams while inflicting serious damage on brands. Neustar discovered that brands experienced a 27 percent increase in the number of breaches per DDoS attack, despite suffering similar attack levels in the same time period last year. 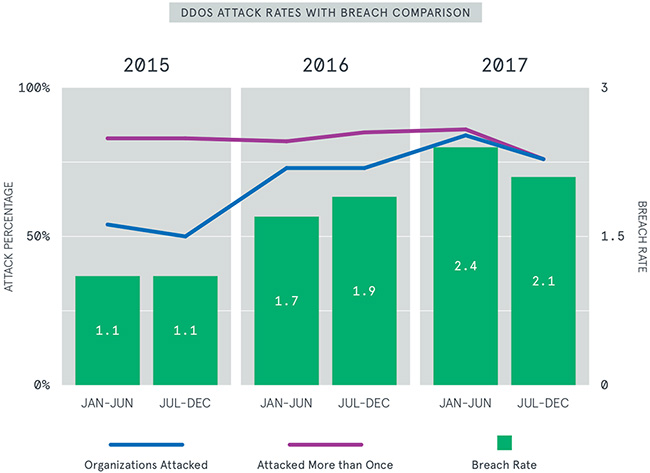 Attackers are getting higher yields from determined attacks

Over a twelve-month period, 75 percent of respondents recorded multiple DDoS attack attempts following an initial assault on their brand’s network. The resulting breach ratio increases as the number of DDoS attacks increases, but the net result is it only takes one attack to breach a brand’s defenses.

Findings suggest that cybercriminals are focused on taunting defenses, probing network vulnerabilities and executing more targeted strikes, instead of making noise with a singular, large attack.

“Not only are hackers becoming craftier and more dangerous, but they’re also becoming more opportunistic,” said Nicolai Bezsonoff, Vice President, Neustar Security Solutions. “The importance of always-on vigilance and investment in DDoS security technology is essential for brands looking to adapt and evolve their defenses. Protecting a brand’s infrastructure and customer data against threats is paramount in the current digital landscape.”

Brands have a lot to lose – even if attacked only once:

Attacks and breach activities were not contained to large brands: 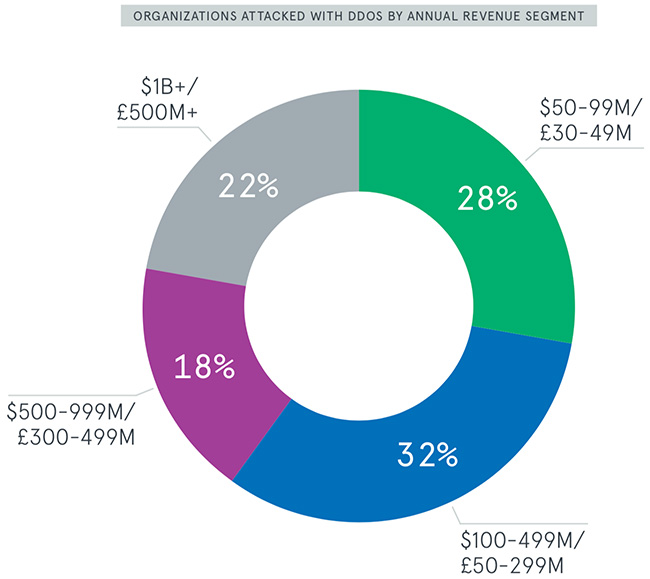 Brands are continuing to make DDoS protection a budget priority, with layered defenses and web application firewalls (WAFs) listed as a top investment. Respondents noted that on average their brands have at least two components of DDoS protection that can include appliance hardware, cloud services, and hybrid deployments. Notably, protection against application layer threats has increased significantly with WAF solution deployments nearly tripling in the past year.

Top motivators for increased budget spend on DDoS protection include:

“Brands need to continuously diversify their security strategy for DDoS – it’s no longer ‘good enough’ to accept a pre-packaged solution as the cornerstone of your security portfolio,” said Barrett Lyon, Vice President of Research and Development, Neustar Security Solutions. “Writing application code is difficult, but it is also fraught with security failings and attackers know this. Brands are making investments in layered protection, including the deployments of WAF solutions, to level the playing field and decrease the time cybercriminals will have to execute a successful attack.”