Businesses across industries are experiencing more sophisticated fraud attempts across multiple customer-not-present channels, according to IDology. 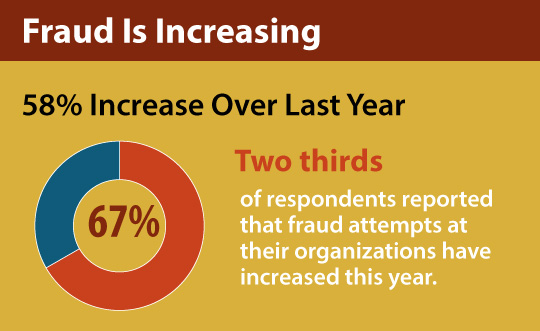 Sixty-seven percent of organizations reported an increase in fraud attempts, compared to just 42 percent in 2016, an increase of 58 percent. Major breaches have provided criminals with more identity data to utilize as they constantly shift strategies to evade detection.

Criminals also are using more sophisticated schemes that are harder to detect, such as synthetic identity fraud (SIF), a combination of real and fabricated identity information used to create a new identity. Thirty-one percent of businesses say SIF has increased and 58 percent were “extremely” or “very” worried about it.

In addition to deterring changing and sophisticated fraud tactics, respondents also are highly focused on improving the experience for legitimate customers by reducing friction, or the effort required to verify their identities. Forty percent of respondents stated reducing friction was one of the biggest challenges facing companies with respect to identity verification and fraud prevention.

The amount of breached data available, shifting tactics along multiple threat points, the emergence of more sophisticated methods and preventing fraud without added friction for a streamlined customer experience, have together made modern identity verification extremely complex. 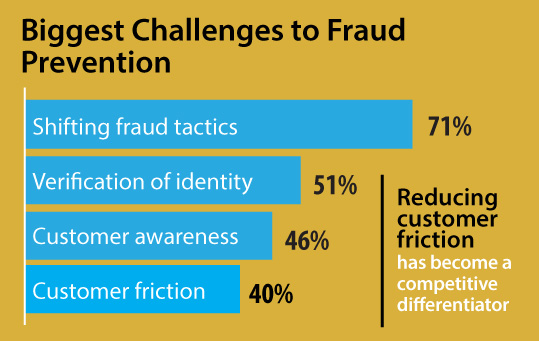 “The data indicates that fraud is growing in prevalence, type and sophistication and this is changing how businesses approach the identity verification value chain,” said John Dancu, CEO of IDology. “In today’s post breach environment, pulling together and assessing identities based on several smart layers of information from different sources, including data on mobile devices, ensures legitimate customers are approved with less friction for a more secure and positive experience.”

Recent high-profile breaches and related media coverage may have had a positive impact. The number of businesses experiencing a lack of customer awareness about preventing fraud declined 15 percent, though it remains the third biggest challenge after the complexity of identity verification and shifting fraudster tactics.