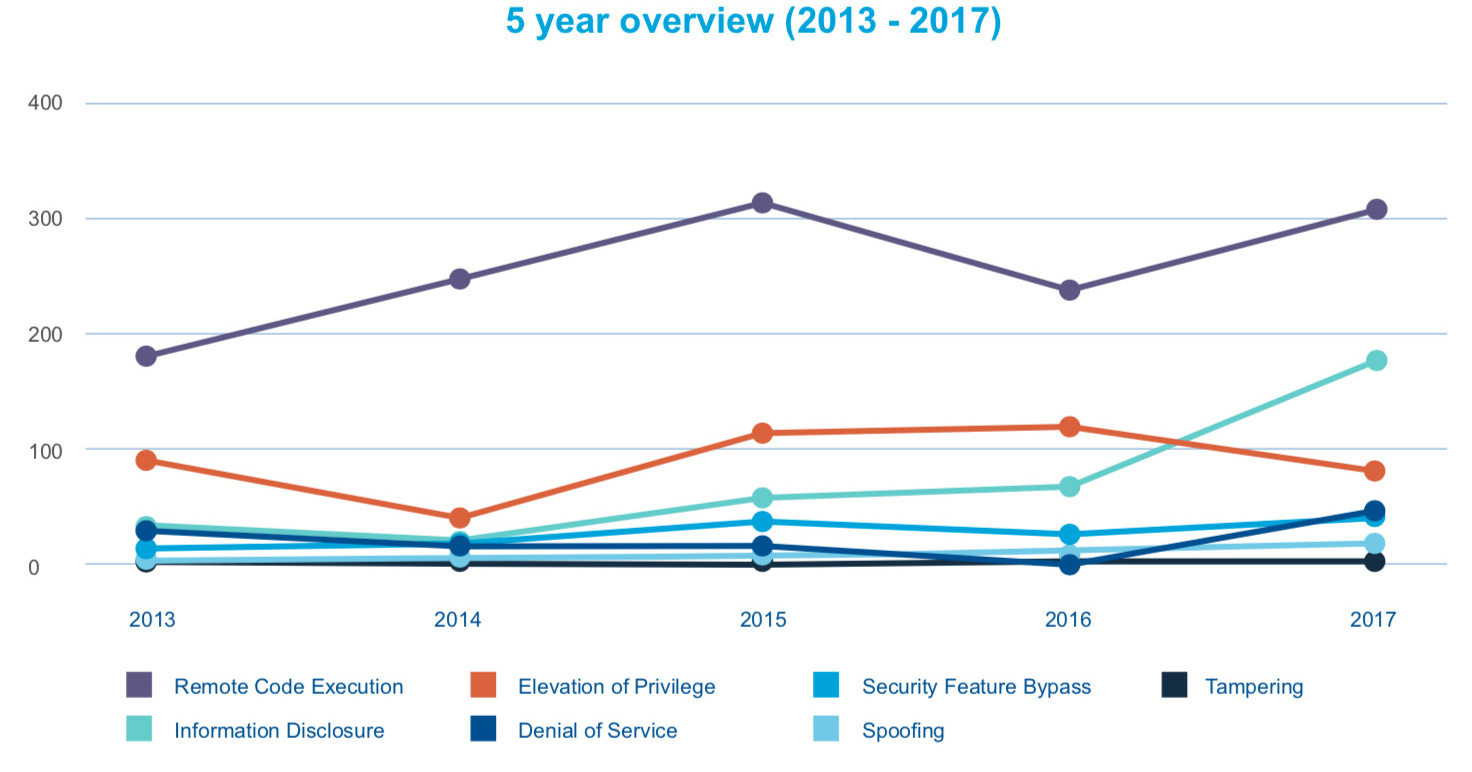 The rise of critical vulnerabilities

Despite being widely regarded as the most secure Windows operating system, the number of critical vulnerabilities in Windows 10 rose by 64% in 2017 compared to the previous year.

587 vulnerabilities were reported across Windows Vista, Windows 7, Windows 8.1/RT 8.1 and Windows 10 operating systems in 2017. This is a record high – increasing by 132% over a five-year period. Removing admin rights would mitigate 60% of critical vulnerabilities in Microsoft Office products (Excel, Word, PowerPoint, Visio, Publisher and others).

“One hundred percent security cannot be guaranteed in the cyber world,” said Dr. Eric Cole, CEO of Secure Anchor Consulting. “No matter how many safeguards you put in place, there will always be some risk. Prevention techniques like application whitelisting, removing admin access and adopting the principles of least privilege go a long way toward protecting individual users’ machines and reducing inroads to the network while not severely restricting user functionality.”

Analyzing Windows vulnerabilities over the last five years, the most significant trends include:

“There’s no mistaking the rise in critical vulnerabilities over the past five years, a trend which cannot be ignored,” said Kenneth Holley, CEO at Information Systems Integration. “While a proactive patching protocol is important, it’s only a portion of a well-rounded cybersecurity posture. We know with certainty that removal of administrative rights is one of the leading mitigating factors in keeping our networks and systems safe in the face of accelerating vulnerability disclosures.”

“Despite the continued rise in vulnerabilities impacting Microsoft software, there are actions that enterprises can take to ensure that they’re protected without sacrificing productivity,” said Mark Austin, CEO of Avecto. “The challenges organizations face to improve security have not changed, yet many are still unaware that by simply removing admin rights, the risk of so many threats can be mitigated.”