Sonatype polled 2,076 IT professionals to discover practitioner perspectives on evolving DevSecOps practices, shifting investments, and changing perceptions, and the results of the survey showed that breaches related to open source components grew at a staggering 50% since 2017, and 121% since 2014. 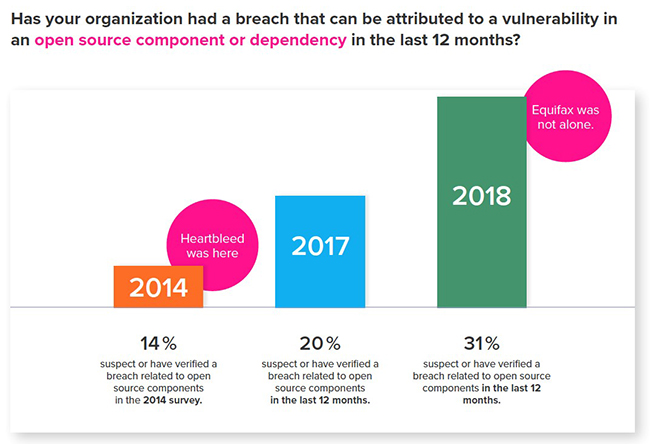 This follows on from Sonatype’s findings earlier in the year, which showed that 1 in 8 open source components downloaded by developers in the UK contained a known security vulnerability.

The findings demonstrated that more organisations are waking up to this approach, with mature DevOps practices showed a 15% year over year growth in applying security practices throughout the development lifecycle. 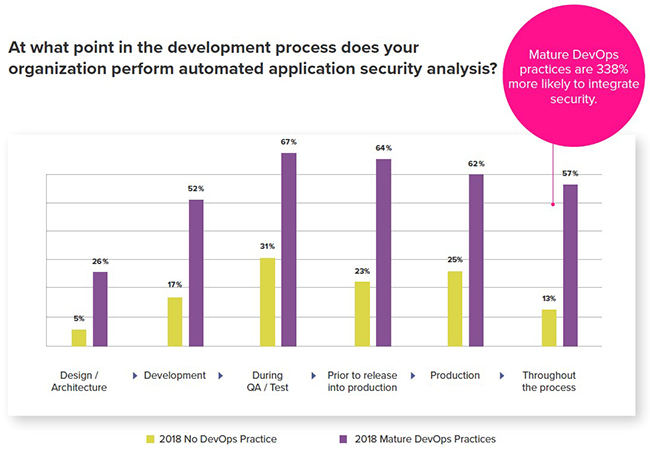 The survey found that those companies with mature DevOps practices are 24% more likely to have deployed automated security practices throughout their development lifecycle. Investments in open source governance, container security, and web application firewalls were noted as the most critical to companies pursuing DevSecOps transformations.

“It seems that DevOps with a security mindset is not enough. Full-blown DevSecOps – in which security is a foundational principle of software delivery and considered from the word ‘go’ – is needed,” says Benjamin Wootton, Co-founder and CTO of Contino.

“It’s not only about automating development, deployment and security; it’s also about changing the way all parts of an organization – technical and otherwise – are involved in the software development life cycle. If you think about it, you see that in big organizations DevSecOps is really DevSecOpsAndEverybodyElse,” adds Oleg Gryb, a chief security architect in the financial services industry.