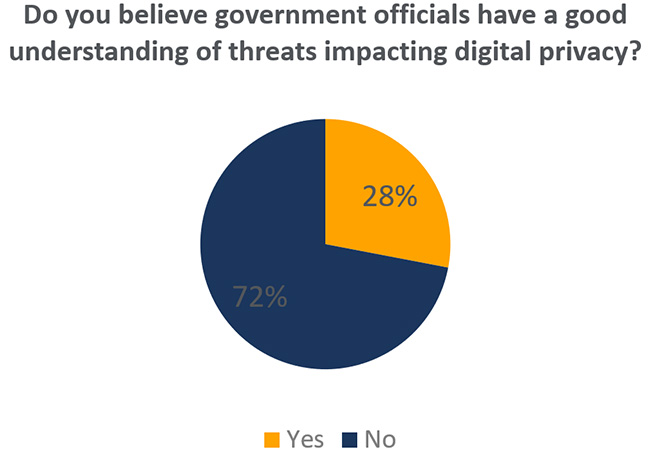 According to the survey, 70 percent of respondents say governments should regulate the collection of personal data by social media companies to protect user privacy. However, 72 percent believe their government officials do not have a good understanding of the threats impacting digital privacy.

“These results are disturbing,” said Kevin Bocek, vice president of security strategy and threat intelligence at Venafi. “While security professionals agree that government officials do not understand the nuances of social media and digital privacy, they’re still looking to them to regulate the technology that permeates our daily lives.”

In addition, 74 percent of the respondents said government officials do not have a good understanding of the current cyber threat landscape. Despite their lack of confidence, nearly half (45 percent) believe governments should be able to impose encryption backdoors on private companies. 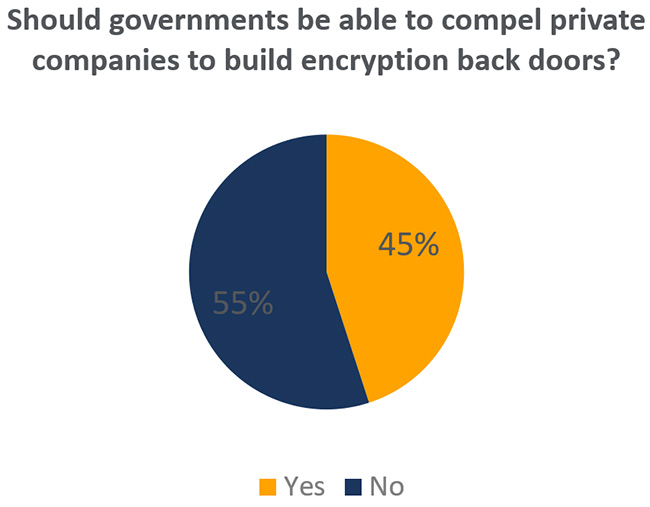 Bocek added: “It’s disheartening that so many security professionals think encryption backdoors will somehow make us safer. There is no question that they will undermine our global economy and make digital communication much more vulnerable. Any backdoor will be extremely lucrative, so cyber criminals will spend an enormous amount of effort to steal one. And once a backdoor is leaked it’s certain to be available to the highest bidders on the dark web.”