According to a Venafi survey of 512 security professionals attending RSA Conference 2018, sixty-four percent of respondents say their personal encryption usage has increased due to recent geopolitical changes. 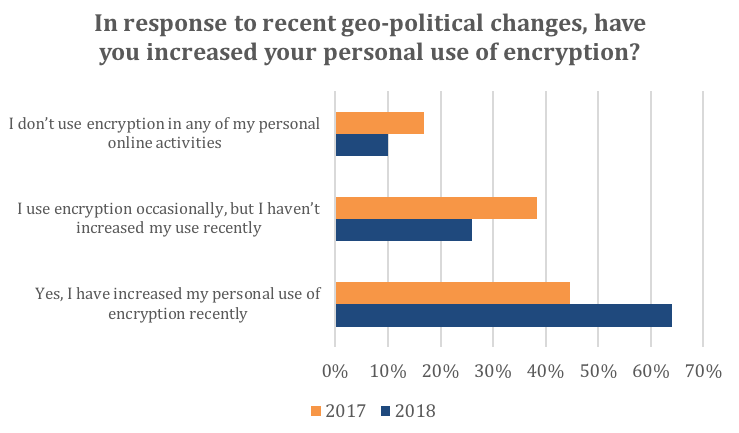 This represents an increase in encryption reliance since last year. For example, when asked the same question at RSA Conference 2017, just forty-five percent of attendees answered similarly.

“We’re entering a world where machines process and conduct transactions autonomously,” said Kevin Bocek, vice president of security strategy and threat intelligence at Venafi. “As a result, it will be incredibly important to preserve privacy with the use of strong encryption. Despite the challenges this poses, it’s excellent news that more than half of these security professionals use encryption to protect their personal privacy.”

Venafi’s survey also found that security professionals are becoming more apprehensive about encryption backdoors. Eighty-four percent of respondents say they are more concerned about them in 2018 than last year, compared with seventy-three percent who expressed similar concerns at RSAC 2017. 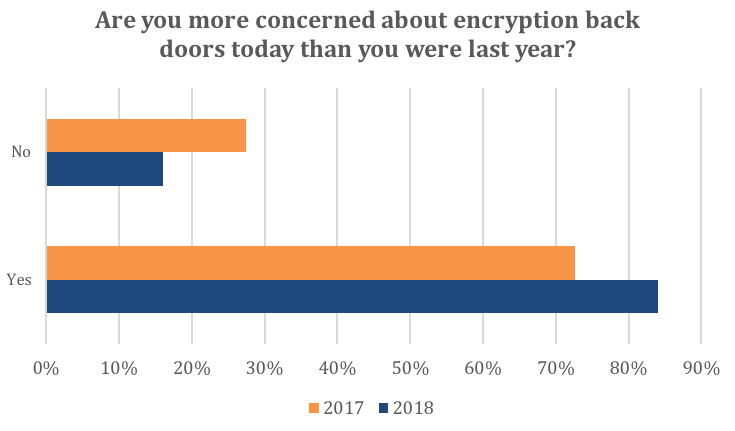 Bocek added: “Research shows that concern over encryption backdoors is growing, especially as our adversaries become more sophisticated and better equipped to exploit weaknesses. We must secure the privacy of machines, including Docker containers, Kubernetes clusters and cloud instances – all of which can scale in milliseconds. These machines will represent a new challenge for the next generation of RSA Conference attendees.”