Cyber security awareness programs are beginning to gain ground among businesses, but many of the professionals responsible for their implementation are challenged by a lack of time, budget and resources, according to a new SANS Security Awareness report. 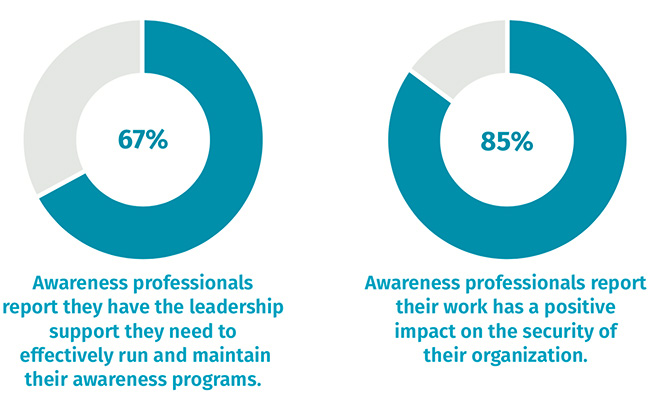 The report also highlights a clear correlation between the level of support given to security awareness by the organisation’s leadership and the maturity of that program within the organisation.

“In light of recent large breaches such as those suffered by Equifax, Yahoo!, and the WannaCry ransomware attack on the NHS, and with new regulations like the GDPR throwing data protection into sharp focus, there’s a new sense of urgency around cyber security that’s stimulating both support and change.” says Lance Spitzner, Director, SANS Security Awareness. “Security awareness can be challenging, but it’s necessary, and it’s worth the effort,” he continues.

Working with researchers from The Kogod Cybersecurity Governance Center (KCGC) of Initiative at American University’s Kogod School of Business (KSB), the survey found:

“The report reveals that a clear majority (80%) of security awareness professionals see their awareness program activity as being only a portion of their overall job responsibilities,” says Dan DeBeaubien, Product Director for SANS Security Awareness. “Many claim to have no budget for an awareness program or to not know what their budget is, and most lack the skills or background required to effectively communicate the program to and engage with the workforce.” 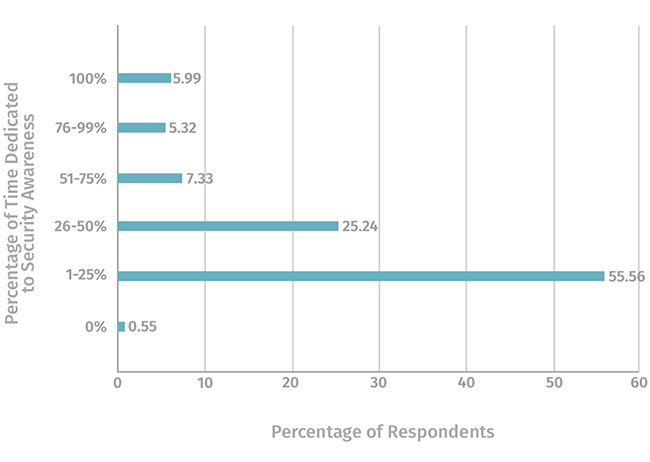 The makings of a successful security awareness program

A mature awareness is program is one that actively engages it’s workforce and focuses on the key behaviors that manage the most human risk. Lance Spitzner outlined the following indicators of a strong program for Help Net Security readers: