Despite falling down on the list of most often reported Internet-facilitated crimes, Business Email Compromise/Email Account Compromise is still the type of crime that results in the biggest losses.

In fact, according to the numbers released by the FBI’s Internet Crime Complaint Center (IC3), the victims of those crimes lost over $676 million in 2017. Compared to the 2016 numbers (over $360 million), that’s an increase of nearly 88%.

But, since these scams are carried out by fraudsters compromising email accounts through social engineering or computer intrusion techniques to conduct unauthorized transfer of funds, and the techniques used in the BEC and EAC scams have become increasingly similar, the organization tracks these scams as a single crime type.

Non-payment/non-delivery scams are still the ones that reported most often, followed by scams fueled by a personal data breach. 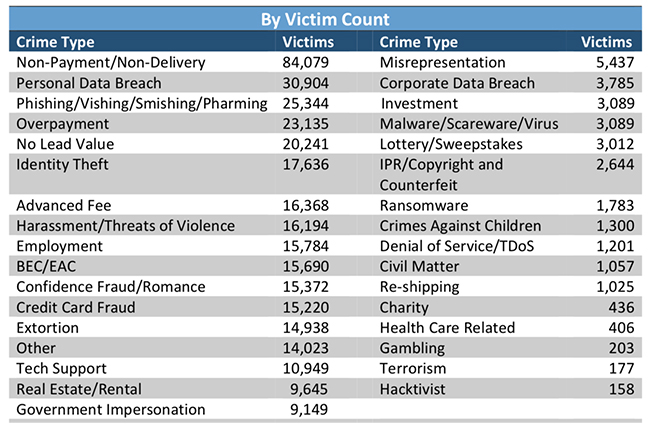 Personal data breach fraud is the result of the leak/theft and unauthorized use of the victim’s personal data. 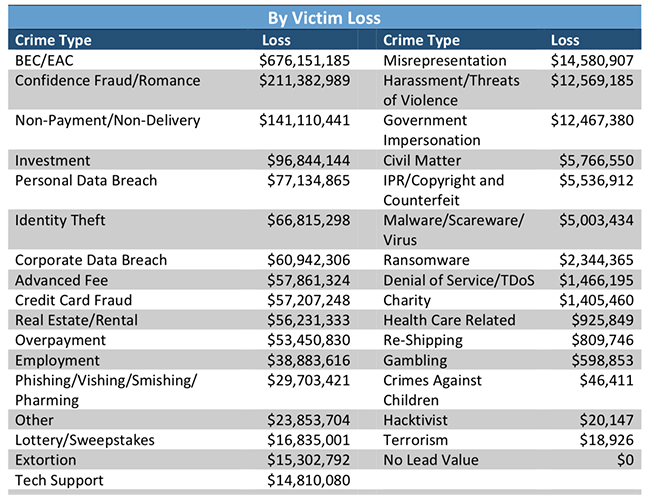 There are many variations of this scam, and criminals are constantly changing their tactics to continue the fraud, the IC3 warns.

“For example, in addition to telephone calls, pop-up and locked screens, search engine advertising, and URL hijacking/typosquatting, criminals now use phishing emails with malicious links or fraudulent account charges to lure their victims. Criminals also pose as a variety of different security, customer, or technical support representatives and offer to resolve any number of issues, including compromised email, bank accounts, computer viruses, or offer to assist with software license renewal,” they explain.

The added danger when it comes to tech support scams is that the scammers usually convince victims to install a remote access tool, allowing them to rifle through the victim’s devices and steal sensitive information that can be used to further defraud the victim and to target the victim’s contacts.