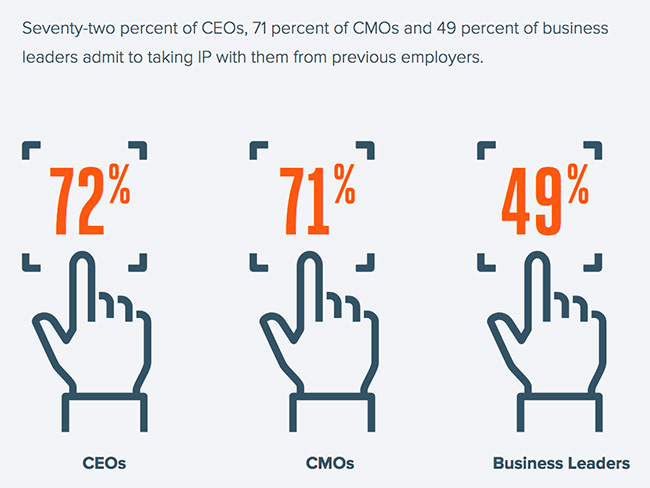 93 percent of CEOs say they keep a copy of their work on a personal device, outside the relative safety of company servers or cloud applications. Yet, 78 percent of CEOs agree that ideas, in the form of IP, are still the most precious asset in the enterprise, showing a disconnect between what executives say and do.

The findings, detailed in the recently released 2018 Data Exposure Report, raise concerns about the role of human emotions in risky data security practices. The findings also underline the need for a realistic data security strategy that not only addresses human behavior, but also takes both prevention and recovery into account. The survey, conducted by Sapio Research, includes feedback from nearly 1,700 security, IT and business leaders in the U.S., U.K. and Germany.

“It’s clear that even the best-intentioned data security policies are no match for human nature,” said Jadee Hanson, Code42’s chief information security officer. “Understanding how emotional forces drive risky behavior is a step in the right direction, as is recognizing ‘disconnects’ within the organization that create data security vulnerabilities. In a threat landscape that is getting increasingly complex, prevention-only strategies are no longer enough.”

Data is precious, but talk is cheap

While companies spend billions to prevent data loss, the research suggests that data remains vulnerable to employee transgressions — and the C-suite is among the worst offenders. In a clear demonstration of a disconnect between what top leaders say and what they do:

The risks of playing data hide-and-seek

In 2018, the CISO’s job is becoming significantly more challenging — even in organizations that have the best cybersecurity policies and tools in place. The risks boil down to a lack of data visibility:

These findings underscore the unnecessary use of resources to respond to cyberthreats in this way. With a comprehensive data security strategy that includes visibility, companies would have a better understanding of what happened and when. As a result, they would be positioned to recover from data loss incidents much faster. 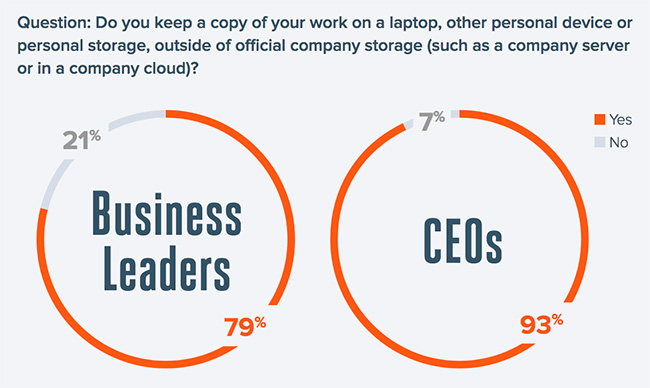 Ounce of prevention no longer worth a pound of cure

Despite the disconnect between what they practice and what they preach, the report indicates that business leaders understand the need for a multi-pronged security approach in today’s complex threat landscape:

“The time has come for the enterprise to make itself resilient. IT, security and business leaders need to arm themselves with facts about how the emotional forces that drive employee work styles impact data security policy,” said Rob Westervelt, research director for the security products group at IDC. “To protect an enterprise today, security teams need to have visibility to where data lives and moves, and who has access to it. Visibility is key in protecting an organization against both internal and external threats.”