The Internet of Things is the fastest growing trend driving the deployment of applications that use public key infrastructure as evidenced by the Thales 2018 Global PKI Trends Study. 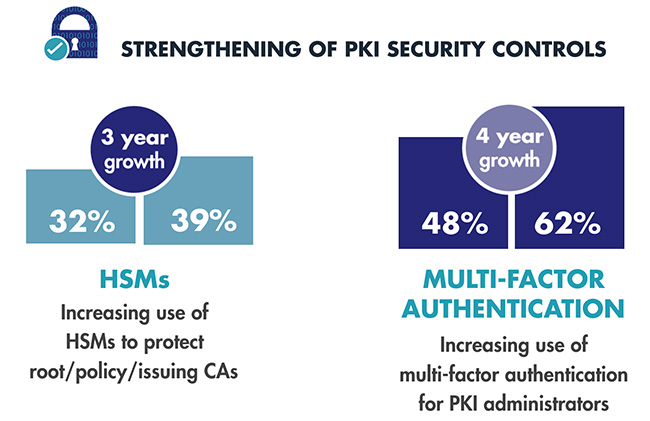 The report, based on independent research by the Ponemon Institute, reveals continued and increased reliance on PKI as a core enterprise asset and a root of trust. Over the past few years, cloud applications, and now the IoT, are the newest disrupters to future PKI planning as organizations not only tend to the digital certificate needs of today, but must also simultaneously prepare for the future – a future with never-before-seen diversity and scale.

While many of the traditional challenges to PKI adoption remain, such as a lack of clear ownership (70 percent), organizations are increasingly hiring PKI specialists and investing in additional security controls such as multi-factor authentication (62 percent). The findings, which reflect the responses of 1,600 IT security practitioners, demonstrate the current state of PKI maturity while hinting at future trends: 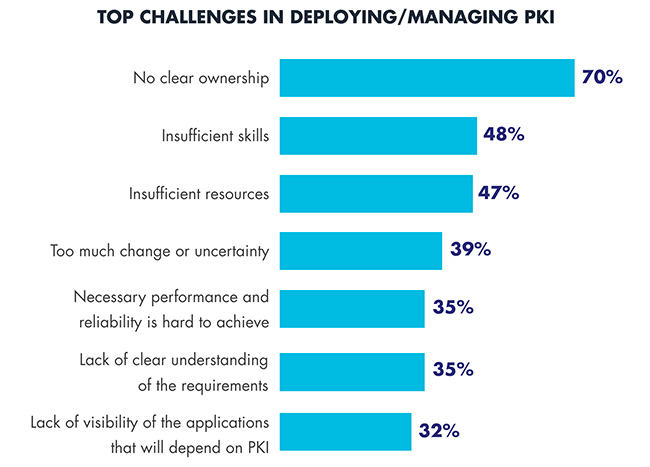 “In this era of digital transformation, where companies are deploying digital technologies to improve their operations, deliver value to customers and gain competitive advantage, IoT initiatives invariably are the backbone of those efforts. Huge amounts of data are generated by and collected from a rapidly growing number of IoT devices, with the cloud playing a pivotal role in IoT solutions of the future. But there’s no point in collecting and analyzing that data, and making business decisions based upon it if you’re not able to trust the devices or their data. For safe, secure IoT deployments organizations need to embrace time-tested security techniques, like PKI, to ensure the integrity and security of their IoT systems,” said John Grimm, senior director security strategy, Thales eSecurity.